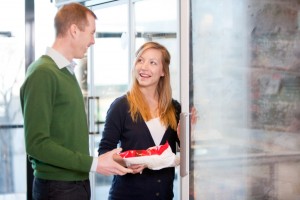 Blackstone, BC Partners and PAI are into the second round of the sale by rival buyout firm Permira while Bain and Clayton Dubilier & Rice did not make the cut, the people added.

Iglo, which markets under the Birds Eye brand in Britain and Ireland, Iglo in most of continental Europe and Findus in Italy, is more than twice the size of its nearest frozen food rival and was put up for sale earlier this year, with Credit Suisse advising on the process.

Charoen Pokphand Foods Pcl, Thailand’s largest agribusiness company, has denied earlier reports it was interested in the whole group, but sources say it may link up with a private equity player in a joint bid.

Iglo, led by food industry veteran Martin Glenn, has been in Permira’s hands since 2006, with the firm bolting on the Findus Italy frozen foods business in 2010 as it looked to enhance its dominant position in Europe.

Iglo is set to start management presentations to the bidders this week, one of the people said.

While the group posted sales and profit increases in 2011, frozen food remains a low growth business at best as consumers have progressively moved into fresh and chilled products.

That trend prompted Nestle and Unilever to exit the frozen food sector in the search for growth elsewhere.

Iglo could fetch eight to nine times earnings before interest, tax, depreciation and amortisation (EBITDA), which hit 325.8 million in 2011, bankers said. That could push the price to 2.6 billion to 2.9 billion euros.

But the size of the business and volatile debt markets could make tabling binding bids more difficult for private equity groups.

PAI may have to join forces with a rival bidder, or call on large investors in its fund, to be able to reach the seller’s price expectation, two of the people said.

The Paris-based firm already jointly owns United Biscuits with Blackstone, and is currently looking for buyers for the group’s snacks business with Credit Suisse again advising on the sale.