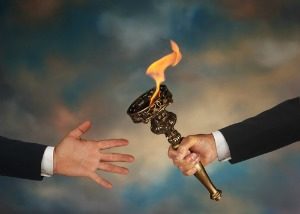 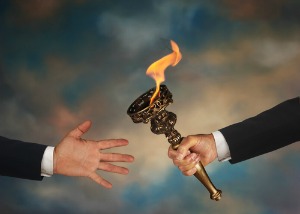 Even though the buyout king has no plans to retire, the appointment of Joe Baratta, a 41-year-old dealmaker credited with building up the firm’s European buyouts practice, was the latest step in a wider succession plan, Blackstone insiders said.

Baratta joins five other senior Blackstone executives from whose ranks the successor to Schwarzman, 65, will eventually emerge, the sources said. The others are Jonathan Gray, 42, real estate chief; Bennett Goodman, 54, co-founder of the credit business; Tom Hill, 63, who runs the hedge fund team; Laurence Tosi, 44, the chief financial officer; and Joan Solotar, 47, who spearheads investor relations, the sources said.

Blackstone declined to comment on succession planning and on behalf of the executives.

Blackstone’s arrangements, as revealed by these sources, bring into sharper focus how and whom it will choose to lead the world’s largest alternative asset management house.

They also highlight the succession issue confronting other private equity firms launched in the leveraged buyout revolution of the 1980s and 1990s, whose larger-than-life leaders are now close to or past retirement age.

To be sure, the selection of a CEO is not as important as in the firm’s early years, given the growth in headcount and resources at Blackstone, which now employs close to 1,600 professionals.

With equity and bond markets uncertain and many of the world’s major pension funds underfunded, investors are more concerned about solid returns than an affable personality in the firm’s leader.

“We pay out about $64 million every month to over 35,000 retirees,” said George Hopkins, an executive director of the Arkansas Teachers Retirement System, a Blackstone investor, when asked about the succession.

“We are not interested in people who are good conversationalists and good company; we are out for people who make us money,” he added.

The CEO of Blackstone oversees a firm whose portfolio companies have more than 700,000 people on the payroll around the world and manages money that belongs to 37 million pensioners globally, as well as sovereign wealth funds that represent the interests of hundreds of millions of citizens.

Even if Schwarzman is not at the forefront of every investment decision, he remains a prominent figure in fundraising, promoting the firm as a diversified asset manager and seeking to attract capital across its investment platforms. Blackstone’s brand is inextricably tied to his name.

Were Schwarzman to step down in the next few years, President and Chief Operating Officer Tony James, 61, would likely take the reins at the firm.

“Steve will never retire; he will die at his desk. I wouldn’t necessarily conclude that Tony (James) is leaving anytime soon. He is a workaholic and he has got enormous energy,” one senior Blackstone executive said.

Insiders said James is likely to retire long before Schwarzman leaves. Indeed, the appointment of Baratta in July resulted from James taking a step back from the day-to-day running of private equity as well as the firm positioning for succession, they added.

Blackstone is best known for multibillion-dollar buyouts of companies such as Hilton Hotels Corp and The Weather Channel. Yet such private equity deals account for just a quarter of assets under management.

The firm has diversified into alternative assets such as real estate, corporate credit and hedge funds and now manages over $190 billion in total for pension funds, sovereign funds and other investors. It also has an investment banking arm that generates income from fees for deal advice rather than deals themselves.

Baratta’s quiet, considered style as well as his investments in theme park operator Merlin Entertainments Group and UK-based holiday group Center Parcs, won him plaudits both inside and outside the firm. His appointment offers hints as to how the succession process at Blackstone could play out.

Schwarzman, who founded Blackstone in 1986 with now retired Peter Peterson, had signaled to senior dealmakers at the firm he would appoint a global head of private equity sometime between 2012 and 2013, the sources said.

Schwarzman and James spent two years monitoring individuals’ performance and asking senior partners at Blackstone about who they thought should head the firm, the sources said.

“It wasn’t a competition and nobody left. There were no tears or anything like that. Everybody, I think, was very supportive that Joe was the right guy,” another senior Blackstone executive said.
Baratta, who was based in London for the last 11 years, is relocating to New York and will now be
more involved in corporate issues facing the firm by sitting on Blackstone’s management committee.
His promotion follows the appointment in February of Gray to Blackstone’s board of directors in recognition of the success and popularity of the real estate fund offerings launched under his seven years of leading the business.

Real estate is by far the most profitable of Blackstone’s product lines, accounting for 93 percent of its second-quarter economic net income, the figure most popularly cited by private equity firms to report earnings.

Not everyone in the group of six possible successors is tipped with the same odds.

Hill at 63 is older than James, while the 47-year-old Solotar’s background as a financial analyst and head of equity research may place her behind those with more seasoned investment backgrounds.
But insiders stress that any decision on succession could still be years away and so the dynamics between Blackstone’s different businesses could shift.

Private equity, seen as a relatively mature asset class, may stage a comeback, giving Baratta an edge over the much celebrated Gray. The credit business could shine in choppy capital markets, favoring Goodman.

PAY IS NOT EVERYTHING

Neither will the top job be a major financial incentive for a high-flying successor.

Schwarzman may have been paid $213.5 million in salary, share of profits and cash distributions from his holdings in Blackstone in 2011, but this was mostly the result of his 21-percent ownership of the private equity firm, something a new CEO, as a non-founder, would not be able to match.

Gray, for example, one of Schwarzman’s best paid lieutenants who receives the same base annual salary as the CEO of $350,000, got $47.9 million in 2011 as a result of his ownership interests and pay. Gray’s stake in Blackstone is less than a fifth that of Schwarzman’s, yet such rewards are far from measly.

By comparison, Goldman Sachs Group Inc CEO Lloyd Blankfein got a $16.2 million pay package in 2011. Laurence Fink, the CEO of Blackrock Inc, the money manager with $3.6 trillion in assets that spun out of Blackstone in 1992, received total compensation in 2011 of $21.9 million.

The CEO job also comes with more public scrutiny, now that U.S. presidential candidate Mitt Romney’s tenure as CEO of Bain Capital LLC has fueled debate over the industry’s practices, something at least one of the candidates recognizes.

“I love the business I do and, frankly, I get a lot less notoriety than the guys who sit one floor up,” the candidate said on condition of anonymity.