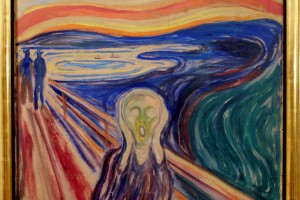 The firm’s earnings, however, still beat market expectations as its assets proved resilient in a market slump caused by the euro zone debt crisis and fears over global economic growth, and as the firm generated more cash by exiting investments.

“In an environment characterized by slowing global growth and heightened investor caution, our limited partner investors are entrusting us with a greater share of their capital,” Blackstone CEO Stephen Schwarzman said in a statement.

Blackstone, whose investments include The Weather Channel, Pinnacle Foods and SeaWorld Parks & Entertainment, reported that economic net income (ENI), a metric of its profitability that takes into account the market valuation of its portfolio, fell 74 percent from a year earlier to $212 million.

This was enough to beat equity analysts’ consensus view, as it translated to 19 cents a share, compared with expectations for 16 cents a share.

Blackstone shares were trading at $13.24, up 2.6 percent in morning trading in New York.

Distributable earnings, which show cash available to pay dividends, slipped 1 percent to $188 million. Fee-related earnings, usually the most reliable source of profits, dropped 7 percent to $146 million, dragged down because transaction fees were down 15 percent on lower deal activity.

“The earnings were positive because ENI and distributable earnings came in better than expected and realizations picked up despite the macroeconomic headwinds,” said Sandler O’Neill & Partners LP analyst Michael Kim.

Alternative asset managers, which have been trading at a discount to traditional money managers such as BlackRock Inc and AllianceBernstein Holding LP, are trying to widen their appeal to investors in the wake of The Carlyle Group LP’s IPO in May.

The financial statements of publicly listed private equity firms can be notoriously complex and efforts by investors to predict their future performance fees, which can swing greatly on market instability, result in their shares being highly volatile.

ENI was down in Blackstone’s private equity, real estate, hedge fund of funds and financial advisory units but was up in its credit business, driven by strong fund performance and the acquisition of European leveraged loan manager Harbourmaster Capital.

“We kind of think imitation is the truest form of flattery. I think it was a smart move on their part, I think Prisma looks like a good company. We haven’t studied it but it’s a powerful thing and I can understand why they would want to do it,” James said.

Blackstone Capital Partners V, the firm’s last major buyout fund to be mostly invested, was valued at just 1.1 times its investment cost as of the end of June, although the investments it exited were valued at 1.7 times their cost.

In real estate, where Blackstone has raised over $12 billion for its latest fund and expects to reach its $13.3 billion target in a few months, its last invested fund was valued at 1.4 times its cost, while exited investments were worth double their cost.

Dry powder, the firm’s ammunition for new deals around the world, was $36 billion at the end of the second quarter, with $16.4 billion available to buy companies and $12.3 billion on hand to invest in real estate, Blackstone said.

None of Blackstone’s major private equity, real estate and credit funds were valued below cost, meaning their institutional investors, that include some of the world’s largest pension funds, sovereign wealth funds and endowments, have not lost money.

Blackstone declared a quarterly distribution of 10 cents per common unit.

Image Credit: Photo of “The Scream” courtesy of REUTERS/Norsk Telegrambyra AS