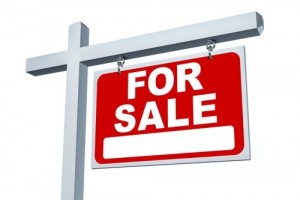 The book for the Russell auction is expected to go out this week to prospective buyers, two sources said. Private equity firms are expected to be aggressive bidders. Interested parties will likely include The Carlyle Group, Hellman & Friedman, TPG, KKR, GTCR, Genstar Capital, Blackstone and Advent International, several PE and banking sources said. Lightyear Capital is likely not interested because the Russell auction is too big, one person said.

Consulting firms such as Aon Hewitt and Mercer may also have a look at Russell, a different PE source said.

Goldman Sachs, which is advising on the auction, has already sent out a teaser — a one or two-page summary meant to solicit interest — to potential bidders, sources said.  Goldman is also reaching out to a number of strategics since Northwestern Mutual’s management prefers this route, a second PE exec said.

“There is no obvious buyer for the whole business,” the second source said.

In January, Reuters reported that Northwestern Mutual Life was exploring a sale of Russell, which has $247 billion in assets under management. A sale has been expected since 2010 when Northwestern decided that the unit, which runs the Russell indices, was no longer core. Russell could fetch $2 billion to $2.5 billion, peHUB has reported.

In 1998, Northwestern Mutual bought Russell in a deal that was estimated at $1.2 billion. In 2009, Russell moved to Seattle and also launched its own line of ETFs. The asset manager later sold Pantheon Ventures to Affiliated Managers Group for $775 million in 2010. Russell, two years later, closed its 25 ETFs because they failed to garner significant assets, Reuters said.

Officials for Russell did not return calls for comment.