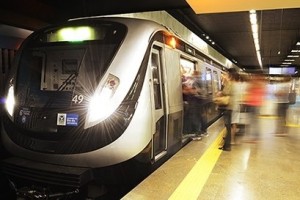 Creditors of Grupo OAS, the Brazilian engineering firm under creditor protection, agreed on Friday to sell a 24.4 percent stake in infrastructure company Invepar to Brookfield Asset Management for 1.35 billion reais (US$346 million).

In a statement, OAS said creditors approved a plan in which bondholders and banks will take an 80 percent loss on their debt and accept repayment between six years and 25 years.

Creditors also approved the sale of Grupo OAS’s interests in a waste management business and a rig building unit which may fetch 475 million reais for OAS, the statement added.

The approval of the plan, which was presented in June to creditors and the court overseeing OAS’s bankruptcy protection process, means that the ailing engineering company will remain operational, maintain as many as 100,000 jobs and stay current with suppliers.

Reuters reported the passage of the plan earlier in the day.

The bankruptcy plan, as well as the Invepar sale, requires approval from bankruptcy court and three major pension funds that are OAS’s partners in Invepar.

Grupo OAS filed for bankruptcy protection in a São Paulo court in March to facilitate the restructuring of 8 billion reais in debt. The filing came after Grupo OAS struggled with the impact of a corruption probe at state-controlled oil producer Petróleo Brasileiro SA and other state companies that undercut access to financing.

“The initiative was the best way Grupo OAS had at hand to facilitate the disposal of assets and renegotiate liabilities amid the credit crunch that the company experienced since last year,” the statement added.

The creditors agreed to sell the Invepar stake if Brookfield drops a plan to extend OAS a debtor-in-possession loan worth 800 million reais, according to a source who requested anonymity because the transaction remains private.

Reuters on November 10 reported the Invepar sale as part of OAS’s efforts to emerge from bankruptcy. OAS Investimentos, the unit that managed the Invepar stake for OAS, hoped to fetch at least 2.2 billion reais for the asset, Reuters reported in August.

Under the restructuring plan, OAS was authorized by creditors to keep 350 million reais from the Invepar stake sale to finance operations, the same source said. Invepar is formally known as Investimentos e Participações em Infraestrutura SA.

The sale will take place at an auction next month, and Brookfield secured the right to top any bid from rival parties interested in the Invepar stake, the source added.