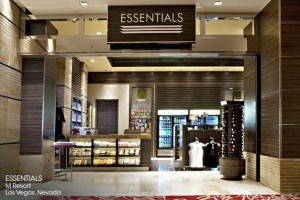 ICV Partners has found a buyer for Marshall Retail Group.

Brentwood Associates, the consumer focused PE firm that is based in Los Angeles, is acquiring Marshall Retail, according to a source and an FTC filing.

Marshall Retail Group, of Las Vegas, went up for sale earlier this year, peHUB has reported. Nomura advised on the process.

Brentwood, which was behind the successful IPO of Zoe’s Kitchen earlier this year and the sale of Paper Source in 2013 (Zoe’s stock rose about 65 percent in its debut while Paper Source sold for an estimated 15x EBITDA), is out fundraising. The PE firm is seeking $500 million for its fifth fund, peHUB has reported. Brentwood’s investment in Marshall Retail is coming from Fund V, the filing said.

ICV Partners, with offices in New York and Atlanta, targets the lower end of the middle market. It invests in sectors such as manufacturing, consumer goods and services, as well as healthcare. In May, ICV closed its third fund at $400 million. That’s up from the $313 million raised by its second fund in 2006. ICV’s Fund II is producing a 10.4 percent net IRR and a 1.5x investment multiple as of Dec. 31, performance data from the California Public Employees’ Retirement System showed.

This is not the first time ICV has tried to sell Marshall Retail. A few years ago, ICV hired North Point Advisors to find a buyer for the company but a deal didn’t get done, peHUB reported. ICV has also sold Marshall in the past. The firm initially invested in Marshall Retail in 2003 and, two years later, sold it to Bruckmann, Rosser, Sherrill & Co. In September 2008, ICV reacquired Marshall from Bruckmann, according to a press release from that time.

Executives for ICV, Brentwood and Marshall could not be reached immediately for comment.