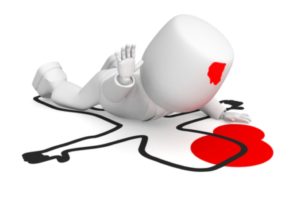 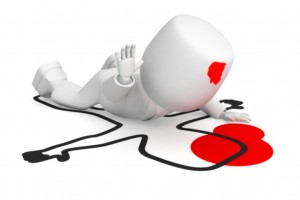 Brockway Moran & Partners, a middle market firm founded in 1998, is not raising a new fund, peHUB has learned.

The Boca Raton, Fla.-based private equity firm had been expected to come to market for its fourth pool in 2012. Brockway Moran told investors a year ago that it did not plan to launch a new fund, a source tells peHUB. The PE firm has raised three funds: A debut fund in 1998 collected $200 million; Fund II closed at $410 million in 2001; and Fund III collected $700 million in 2006. Nearly 75 percent of Fund III has been called, the source says.

Brockway Moran, which invested in Gold’s Gym and Cosmetic Essence, was known as a hot firm ten years ago, a placement agent says. “The first two funds were really strong, and then the last fund fell off a cliff.”

Is Brockway Moran a zombie? More than $116 billion of assets are trapped in these so-called funds that lie dormant but still rake in fees from investors, Reuters recently reported. By one definition Zombies are poor-performing funds that have been retained beyond their planned life span and whose managers have little hope of raising more money. Some at Brockway Moran do not think they fit this description. While all of Fund I has been realized, and nearly all of Fund II, most of Brockway Moran’s Fund III has not, the source says. “There is a lot of newness [in Fund III],” the person says. “It’s not done yet.”

Brockway Moran’s fundraising issues were not unexpected. In January 2012, Michael Moran, a co-founder, announced he would be transitioning out of the firm.

One bump in Fund III was Brockway Moran’s investment in Pacific Crane Maintenance Co., which provides on-dock equipment maintenance and repair services, in 2007. Brockway Moran “disposed” of its equity in PCNC and the deal did not return capital, the source says. Another problem occurred when Brockway Moran invested in Latham International, a maker of swimming pool accessories, in 2005. Four years later, in 2009, the company filed for chapter 11 bankruptcy protection. Latham, however, was a Fund II transaction.

Some deals have done well. Brockway Moran in 2011 sold MW Industries, a Fund III investment, to Genstar Capital. “MW was a successful deal,” the source says.

There is still lots of activity brewing at Brockway Moran, the source says. Two of the firm’s portfolio companies, including Air Medical, paid out dividend recaps this year. Brockway Moran plans to continue building out its portfolio companies, the person says. “Just because a firm isn’t raising another fund doesn’t mean they’re not active,” the source says.

All of Blue Sea’s six executives have ties to Brockway Moran. (Nathan Dapeer, a Brockway Moran associate, is joining Blue Sea as a senior associate.) Notably, Peter Brockway is listed as a senior advisor at Blue Sea, the firm’s web site says. Brockway isn’t leaving the PE firm he cofounded in 1998 and will continue in both roles at both PE firms, I’m told.