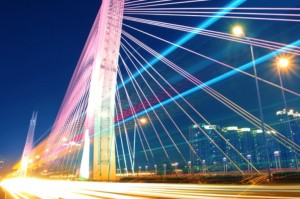 Brookfield Asset Management is nearing the final close of its second infrastructure fund and is set to hit its hard cap of $7 billion, according to three sources, making it one of the biggest private infrastructure funds ever raised.

The largest-ever infrastructure fund – which closed on $8.25 billion last year – was raised by Global Infrastructure Partners.

It’s not clear when Brookfield expects a final close, though it will likely be this year, sources said. Brookfield’s target on the fund was $5 billion.

Brookfield Infrastructure Fund II held a first close in July on about $6.2 billion, according to a filing with the US Securities and Exchange Commission. One of the major backers in the fund is the Teacher Retirement System of Texas, which committed $300 million to the fund.

Brookfield Asset Management is a “significant” investor in the fund, according to an LP and a person with knowledge of the firm. The LP said the firm was kicking in about $2 billion, though Brookfield declined to officially confirm that number.

The vehicle will focus mostly on the US, but also has the flexibility to invest in Europe, South America and the Australasia region, according to the New Mexico presentation.

A majority of the capital will focus on renewable power and transportation, though other target sectors include utilities and energy, the presentation said.

Brookfield is an alternative asset management firm with more than $175 billion in gross assets under management. The firm manages more than $28 billion in infrastructure assets and $20 billion in renewable power.

Fundraising around infrastructure funds has been on pace this year to match 2011’s tally, which came in at $20.8 billion, according to the Infrastructure Survey and Trends Summer 2013 report from placement agency Probitas Partners. Probitas used its own fundraising data, as well as information from Preqin, Infrastructure Investor and Private Equity Analyst in creating the report.