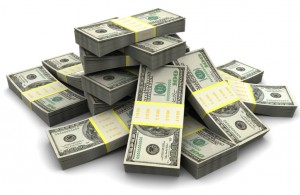 NEW YORK, June 8 (Reuters) – Data analysis software company Tableau Software and developer tools maker Atlassian are among several small, business software firms preparing to go public in the next 12 months, hoping a growing market for cloud computing will shield them from the aftermath of Facebook’s botched IPO and Europe’s woes.

All the seven business software companies offer products for the software as a service, or SaaS, market, in which software and associated data are hosted on remote servers, or the cloud. This segment of the market has been increasing in popularity because it is viewed as less costly and easier to implement than traditional hosting methods.

Tech behemoths including Oracle Corp, SAP AG and IBM Corp have spent billions to buy such companies in the past two years. The overall market for enterprise software grew 9.5 percent to $267 billion in 2011 and is expected to top $288 billion this year, according to Gartner.

That means these companies may form one bright spot in an otherwise moribund market for initial public offerings. U.S. IPOs, excluding Facebook, are down 53 percent this year, according to Thomson Reuters data. Facebook’s IPO last month further added to the chill as market problems at debut and the subsequent fall in its share price burned scores of investors.

But these companies are hoping that their dependence on businesses – as opposed to consumers – would set them apart from Facebook and other Internet companies.

“Based on talking to a lot of bankers, public software investors and analysts, the opportunity for SaaS companies to go public should be viewed differently from the fortunes of consumer-facing Internet companies or other potential IPO candidates,” Marin Software CEO Chris Lien said. “There are some strong underlying reasons why the next generation of software companies is emerging.”

San Francisco-based Marin, which employs 330 people worldwide, generated $36 million in revenue and is expected to grow by over 50 percent this year, Lien said. In January, Singapore-based Temasek Holdings and SAP Ventures, the investment arm of SAP, became the latest investors in the company.
Marin Software is expected to choose bankers to underwrite its IPO in a few months, said Lien, who founded the company in 2006.

To be sure, one risk for investors in cloud-based companies could be the growing incidence of Internet security breaches, the most recent example of which came this week when social networking site LinkedIn and online dating service eHarmony revealed passwords of millions of online accounts had been compromised.

The Facebook debacle could also hurt the valuations these companies can hope to achieve in a public offering.

“High quality companies right now in today’s environment can go out and markets are open for business,” Rapid7 CEO Mike Tuchen said. “Facebook stumbling isn’t a window-closing event, though there will be more scrutiny to pricing.”

Tuchen declined to comment on his company’s IPO plans.

These challenges mean that many of these processes are likely to be dual-track, where the company explores both an IPO and a sale.

CollabNet CEO Bill Portelli said with his company generating cash and closing on a recent $4.5 million capital raise with existing investors, it is weighing all options equally – going public, being acquired or recapitalizing with a private equity firm.

Ruckus Wireless said it is “looking at all options.”

The other companies and the banks declined to comment.

Thanks to the Jobs Act these companies have little to lose in at least preparing for IPO filings. The law allows companies with less than $1 billion in revenue to file registration statements confidentially, giving them room to resolve any regulatory issues out of the public eye and even pull an offering without the stigma attached to a withdrawal.

AppSense, whose investors include Goldman Sachs, and Tableau had revenues of around $70 million in 2011. Rally Software posted revenue of about $50 million, Atlassian about $102 million and Ruckus about $120 million.

A test of investor appetite for business software companies could come as early as this summer, when Palo Alto Networks and ServiceNow, which filed to go public earlier this year, are expected to debut, sources familiar with the situation said.

These offerings are expected to be among this year’s largest tech IPOs, and would follow the listings of other enterprise software companies, including Guidewire Software Inc, Jive Software Inc and Demandware, which all saw their shares rise after their debut.

“If there is a maintenance stream attributed to the product, it’s recurring. You can start to see that there’s an intrinsic value to these revenue streams versus revenue that is derived from a network effect, such as certain business lines tied to social media-related companies.”