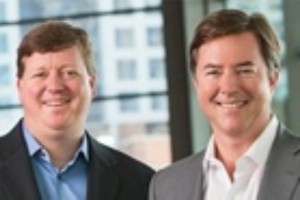 Based in Dallas, Texas, Riata plans to target control and non-control investments of $10 million to $50 million in consumer, energy, healthcare, and business and industrial services. While it will focus on North America, the firm plans to tap into its experience in the Southwest, where Fronterhouse and Fletcher inked many of their deals.

[contextly_sidebar id=”G1wp62VG3zkHxxCE7OKEagt54q5nUMNa”]Fronterhouse and Fletcher have inked more than 55 platform deals and 75 add-on acquisitions for more than $4 billion of transaction value in the past 15 years. They have known each other for many years.

Fronterhouse co-founded Brazos Private Equity Partners in 1999, the same year Fletcher founded Parallel Investment Partners. Brazos had previously raised a total of $1.4 billion for three funds, while Parallel had raised $400 million over two funds. Neither Brazos nor Parallel plans to raise a new fund, they said.

The launch of Riata Capital Group comes after discussions that began 18 to 24 months ago, Fronterhouse said. “Brazos is possibly known more for ‘buy and build’ of larger, more stable companies, while Parallel Investment Partners has more of a reputation for success in investing in higher growth, category-leading businesses, but there’s a lot of intersection between the two strategies,” Fronterhouse said. “We’re bringing together what we consider the most compelling elements of both firms.”

He declined to say if Riata plans to raise a fund. For now, it is operating as a fundless sponsor. “We’ve organized capital support to allow us to sponsor transactions,” Fronterhouse said. The firm had not filed a Form D for any fund, according to a check of sec.gov.

Riata is currently shopping for three to four platform acquisitions over the next two years. The firm expects to exit existing portfolio companies roughly over the same period of time.

Riata Capital marks at least the second new firm to trace its roots to Brazos, which decided last year not to raise a fourth private equity fund. Brazos reached  the end of the commitment period for its third private equity fund in July.