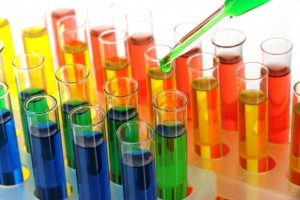 While debt-to-EBITDA multiples have drawn attention for reaching lofty levels during this time of relatively easy credit and ample dry powder, Golden Gate Capital’s buyout of Angus Chemical Co from Dow Chemical Co lands more or less in the middle of the fairway.

The San Francisco buyout firm will finance the $1.215 billion acquisition with total debt of 6x EBITDA, according to a report by Thomson Reuters. That multiple includes 4.2x for the senior debt portion of the deal.

In a financing package led by J.P. Morgan, the Angus Chemical purchase includes a $355 million term loan, a 150 million euro-denominated term loan, $225 million in unsecured notes and a $65 million revolver. The total debt package adds up to $795 million, leaving a potential equity portion of $420 million, or just under 35 percent of the total purchase price. The deadline on the loan commitments is Jan. 22, according to Reuters.

While debt-to-EBITDA purchase price multiples vary by industry and target, the average LBO deal leverage amounted to 5.74x EBITDA in 2014 as of Nov. 30, according to S&P Capital IQ.

While one could argue the average has climbed too high, Angus Chemical’s debt level doesn’t seem overly aggressive relative to what’s going on with LBOs overall. It also won’t attract the scrutiny of banking regulators who have been taking a closer look at deals above 6x EBITDA debt.

By contrast, Vista Equity Partners $4.2 billion take-private of Tibco Software will carry debt of about 11x EBITDA, but it will include a large equity check of $1.6 billion, or about 38 percent of the total purchase price. When including cost savings, the debt multiple comes down closer to 7x EBITDA, however, according to Moody’s.

For its part, Golden Gate Capital sees potential for Angus Chemical Co as “the world’s only company dedicated to the manufacture and distribution of nitroalkanes and their derivatives,” which are used in paints, coatings, personal care and pharmaceuticals. The deal is expected to close in the first quarter.

“We are excited by the growth potential of this business,” Rajeev Amara, managing director at Golden Gate Capital, said in a prepared statement.