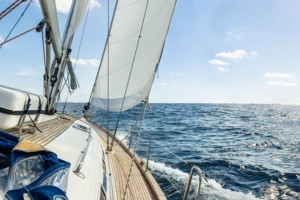 It’s not clear exactly when Mainsail launched Fund IV. The fund is in the market targeting $325 million with a $375 million hard cap, according to two LPs who have heard the pitch, as well as a Form D filed in November.

Mainsail, led by Managing Partners Gavin Turner and Jason Payne, held a close on an undisclosed amount in November. It’s not clear if that was a first or a final close.

Neither Turner nor Payne returned a request for comment Friday.

The terms on Fund IV are not clear. The firm’s Form ADV said management fees for the pool are generally 2.25 percent on committed capital during the investment period with a 20 percent carried interest rate, subject to a preferred return.

Both Turner and Payne spent time at Summit Partners earlier in their careers. They formed Mainsail in 2004; it seeks to invest in companies with $1 million to $5 million of EBITDA. The firm was managing $346.4 million as of Dec. 31, 2014, according to Mainsail’s Form ADV.

Certain funds like Mainsail get a lot of attention from LPs because of past performance, causing a rush among investors to get access to certain GPs. “Like a lot of things, people get excited about a name and have to get in there,” the first LP said.

Fund III was generating a net 4 to 5 percent internal rate of return and a net 1.1x multiple, according to the first LP. Fund II was producing a 13 percent net IRR and a net 1.6x multiple, while the debut fund was producing more than 2.5x net multiple and close to a net 30 percent IRR, the LP said.

Fund III is still early in its life to make a hard determination of how it’s performing.