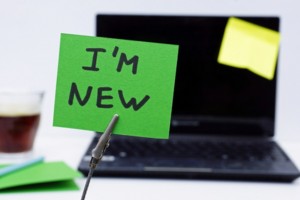 There’s a new head of co-investing at CalPERS.

The California Public Employees’ Retirement System, which manages some $300 billion in assets, has hired Mahboob Hossain as a senior portfolio manager to oversee co-investments made alongside private equity fund managers, Joe DeAnda, a spokesman for the system, confirmed to peHUB. Hossain started in the role Sept. 1

Hossain, who reports to Real Desrochers, senior investment officer in charge of private equity, will lead a new team of four people, DeAnda said. It’s not clear if the co-investment team will be pulled from within CalPERS or hired from outside.

Other senior portfolio managers at Calpers include Scott Jacobsen, who oversaw co-investments on an interim basis and who also oversees underwriting, according to a CalPERS private equity annual program review published in December. Christine Gogan oversees investment management while Sarah Corr heads up risk, research, analytic and performance.

Hossain previously worked for more than seven years as a private equity portfolio manager at the California State Teachers’ Retirement System, according to his LinkedIn profile. Like CalPERS, CalSTRS has a sizeable co-investment program, which many pension funds have turned to as a way to reduce the cost of investing in private equity—fund managers typically charge no or reduced management fees and carried interest on co-investments—and to take more control of where their money goes and when.

Since 1990, CalPERS has committed some $2.7 billion to co-investments and other direct investments, achieving a net internal rate of return of 12.8 percent and 1.45x investment multiple, according to the program review. That compares to the $60.7 billion the pension system has committed to funds since 1990. Those have produced an 11.4 percent net IRR and a 1.46x multiple, the program review said.

CalPERS is not alone in putting greater emphasis on co-investments in recent months. Wisconsin’s state investment board hired Chris Eckerman last year to run co-investments. The system planned to spend $100 million this year on three to five co-investment deals, according to public documents from the system.

United Parcel Service wants to carve out 10 to 20 percent of its private equity allocation for co-investments, Brady Hyde, portfolio manager in charge of private equity at the $28 billion UPS Group Trust, told sister magazine Buyouts earlier this year. Guardian Life also indicated to Buyouts in June it wanted to allocate about $120 million to a separate account manager to make co-investments on the insurance company’s behalf.

Coller Capital’s Winter 2013-2014 Global Private Equity Barometer, which surveyed 113 private equity LPs from around the world, found more than half had co-invested with their GPs in the last two years. The “typical” LP invests 10 percent of its private equity allocation directly into companies, either solo or alongside GPs in co-investments. Within the next three to five years, that number is expected to jump to 15 percent, according to Coller’s survey.