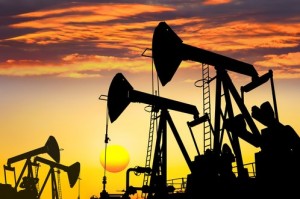 Canadian Oil Sands Ltd, which is trying to attract a white knight following a hostile bid from Suncor Energy Inc, needs more time to review options as more than two dozen parties have expressed an interest, according to a regulatory filing.

Following Suncor’s $4.3 billion (US$3.23 billion) offer last month, Canadian Oil Sands adopted an extended poison pill to thwart the bid. Suncor is attempting to get the pill quashed. The provincial securities regulator will hold a hearing on the case Thursday.

A source familiar with the matter, who asked not to be named as the matter is private, said that over 75 Canadian Oil Sands shareholders have submitted letters to the regulator supporting the request to extend the pill deadline.

Five other sources involved in the process, who also spoke on condition of anonymity, said parties that have shown interest include private equity firms, pension funds and other energy players. The sources noted the timing of a potential bid would depend on the hearing’s outcome.

Two of the sources said parties that have shown some interest include Blackstone Group and KKR & Co LP, with others in the mix including Canada Pension Plan Investment Board (CPPIB) and Ontario Teachers’ Pension Plan. The four were not immediately reachable for comment.

A third source said the target is working to woo other Syncrude investors, but did not specify which ones. Imperial Oil, Sinopec Corp, CNOOC, Mocal – a unit of Nippon Oil, and Murphy Oil all have stakes in Syncrude.

But the fourth and fifth sources cautioned a rival bid is far from certain as few others could generate the same operational savings from a deal as Suncor.

Still, the company and their bankers said they are optimistic.

“I firmly believe that with more time to run our process, there is a good prospect for one or more counterparties to make a proposal,” said RBC in its affidavit.

By John Tilak and Euan Rocha