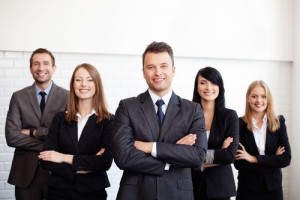 Clayton Dubilier & Rice has a crop of new principals it hired this year as it gears up for future growth that could include a focus on tech investing.

The firm this year has brought on Principals Andrew Campelli, a former investment professional with Sageview Capital, Philos Carnio, formerly with Doughty Hanson, Gideon Lowin, formerly with Golden Gate Capital and Bain Capital, and Daniel Malconian, who was previously with Advent International.

The firm brought on Carnio as a principal in London in July, according to Carnio’s LinkedIn profile.
It’s not clear what Carnio is focusing on at CD&R. At Doughty Hanson, Carnio worked on investments across Europe. Carnio worked at Doughty Hanson from 2011 to May, first as an associate then as a senior associate.

Doughty Hanson decided earlier this year to stop raising its next fund, targeting 2 billion euros, and focus on selling existing assets. It’s not clear if the firm, which started life in the 1980s as the private equity group of Standard Chartered Bank, will try to raise another fund in the future.

Campelli joined CD&R this year, though it’s not clear when. He joined Sageview in 2006 and left as a principal. Prior to Sageview, he worked at Duquesne Capital Management, where he was a research analyst. While it’s not clear what Campelli is focusing on at CD&R, he worked on chemicals, utilities and general industrial sectors at Sageview, according to an archived version of the website.

Sageview had been pre-marketing its second fund earlier this year, talking to potential limited partners about a target of $750 million. The firm talked up its track record around growth investing as part of the pitch, an LP told Buyouts in a previous interview. It’s not clear if Fund II has officially launched.

Two other principals left Sageview in recent years: Benjamin Silverman who joined in 2008 as an associate and was promoted in 2012, and Fredrik Sjödin, who joined in 2008 as a principal in Europe, according to an archived version of the firm’s website. Silverman joined Valley Forge Capital last year; Sageview re-hired Principal Mike McClure this year. He had previously worked at the firm as an associate in 2011.

CD&R told LPs at its annual meeting last week it would raise a fund larger than the $6.25 billion it collected for Fund IX last year. The firm also said it was considering adding a tech focus to its overall investment strategy, according to an LP who was at the meeting. It’s not clear if the firm hired anyone to focus specifically on tech investments.

”They’ve never had rule against technology, just haven’t emphasized it, and good GPs are always adapting to changing world,” said a separate LP who was at the meeting.