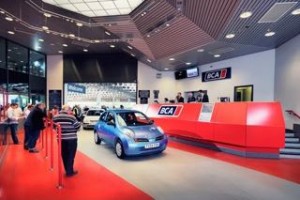 Clayton, Dubilier & Rice LLC expects to roughly triple its money with the sale of British Car Auctions, or BCA, a person familiar with the matter said.

BCA, of the U.K., operates in 13 countries and has re-marketed about 1 million cars and acquired more than 140,000 vehicles in 2014. CD&R acquired BCA in 2009, paying about 400 million pounds ($594 million), including debt, the Financial Times reported in February 2014. CD&R, at the time, was considering selling or launching an IPO of BCA, the story said.

In October, BCA said it would go public on the London Stock Exchange. The company planned to raise about 200 million pounds, the New York Times reported. BCA later that month pulled the IPO, citing volatility in the global equity markets. BCA in December completed a 600 million pound dividend recapitalization, which it partly used to issue a 61 million pound ($95.55 million) dividend to CD&R, according to Thomson Reuters Loan Pricing Corp.

CD&R has been busy on the exit front. The firm sold its remaining stake, of about 50.9 million shares, in a secondary sale in Envision Healthcare earlier this month. The firm received about $1.8 billion from the secondary sale, a regulatory filing said. Envision, a provider of physician-led outsourced medical services, went public in August 2013. CD&R stood to make 3.6x its money at the time of the IPO but that has since jumped to more than 5x, the source said.

Both BCA and Envision are investments from CD&R’s eighth fund, which collected $5 billion in 2009. Fund VIII is producing an average IRR of 26.86 percent and a 2.07x average multiple, according to performance information from alternative asset data provider Bison.