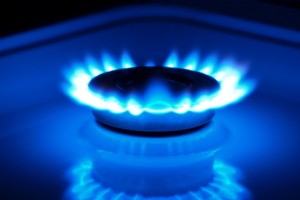 (Reuters) – Chesapeake Energy Corp plans to sell its pipeline and related assets to Global Infrastructure Partners for more than $4 billion, as the company scrambles to plug an estimated $10 billion funding shortfall and prepares to face what promises to be a fiery annual shareholder meeting later on Friday.

The second-largest U.S. natural gas producer, whose shares have lost about half their value over the last year, is trying to convince its shareholders that it is still a good investment despite steep drops in profits and corporate governance scandals centered around Chief Executive Officer Aubrey McClendon.

McClendon has said he will step down as chairman, and Chesapeake has said it will replace four of its current board members with directors chosen by its top shareholders — activist Carl Icahn and Mason Hawkins’ Southeastern Asset Management. This would give shareholder-backed directors a majority of the board.

Chesapeake is under pressure to sell assets and cut spending to reduce debt after tumbling natural gas prices have pinched profits.

The company also entered into an agreement with Chesapeake Midstream Partners to sell certain Mid-Continent gathering and processing assets.

It also has a letter agreement with Global Infrastructure Partners for the sale of its interests in wholly owned subsidiary Chesapeake Midstream Development LP. That agreement with GIP includes an exclusive 45-day negotiating period and the option to extend talks for another 45 days if the parties agree on a price and make progress on the talks, Chesapeake said.

The company expects to raise more than $2 billion from the latter two transactions.

Oppenheimer & Co analyst Fadel Gheit said he was encouraged that Chesapeake was selling the assets for more than the book values of $1 billion for Chesapeake Midstream Partners assets and $1.4 billion for the others.

“We have not seen a fire sale, but we are not out of the woods yet,” Gheit said. “You are still talking about a huge, huge capital spending deficit.”

Chesapeake said it was now on track to generate proceeds of $11.5 billion to $14 billion from its asset sales this year to fund operations and pay down debt. Last month, the company arranged for a pricey $4 billion loan from investment bankers Goldman Sachs and Jefferies to tide it over.

The company has said it is looking to sell assets including its 1.5 million acres of lease holdings in the oil-rich Permian basin and about 337,000 acres in Ohio. It is also trying to find a joint venture partner in the liquids-rich Mississippi Lime basin.

McClendon said the Permian sale, the Mississippi Lime partnership and other transactions should come over the second half of the year.