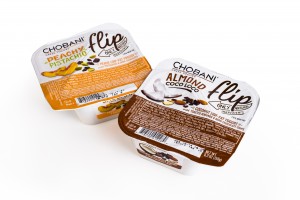 NEW YORK, March 10 (Reuters) – Chobani, the Greek yogurt maker that has grown into a U.S. sensation, is looking to sell a minority stake in a deal that could value the company at around $2.5 billion, people familiar with the matter said.

The company is working with Bank of America Corp BAC.N as it considers selling roughly 20 percent of itself, and is speaking to consumer companies and private equity firms to gauge their interest, the people said on Monday.

Chobani, based in New Berlin, New York, previously held discussions with banks about pursuing an initial public offering, but switched gears in the face of mounting competition from other Greek yogurt companies, the people said.

The people declined to be named because the matter is not public.

Representatives for Chobani did not immediately respond to requests for comment, while Bank of America declined to comment.

Founded in 2005 by Turkish immigrant Hamdi Ulukaya, Chobani started operating from a former Kraft Food yogurt plant in South Edmeston, New York, and grew into one of the top-selling Greek yogurt brands in the United States.

The company suffered a blow in September after it was forced to recall moldy cups of Greek yogurt after customers complained that the product tasted runny and fizzy, and some reported illnesses.

And in December, Whole Foods Market Inc WFM.O said that it would no longer sell Chobani yogurts starting early this year.

Greek-style yogurt, which is thicker, creamier and often higher in protein than other types of yogurt, now makes up more than 40 percent of the U.S. yogurt market, which is worth $7.4 billion according to research firm Mintel.