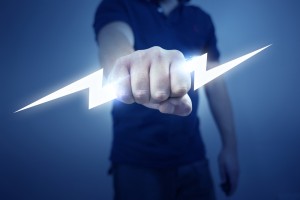 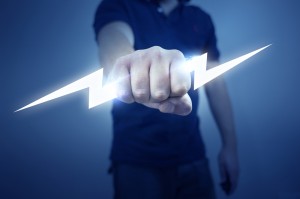 Chris Arsenault, managing partner at Montréal-based iNovia Capital, has been a venture professional for over a decade. His roots are entrepreneurial, having launched his first startup at age 17. In the following Q&A, Arsenault speaks about his firm’s recent deals, how Canadian entrepreneurs increasingly “don’t fit the risk-averse, conservative stereotype of old,” and the new vitality he senses in Canada’s venture industry.

peHUB Canada: INovia was one of the two most active private Canadian venture capital firms in 2012, according to Thomson Reuters. Will you sustain that pace in 2013?

Arsenault: Yes. We did 14 deals in 2012, and have done four deals so far in 2013. By December we expect to have completed around 26 financings since the close of iNovia Investment Fund III last year. Two-thirds of our companies are based in Canada, and the rest are based in the United States. We also exited four companies last year: BufferBox, Localmind, Tynt Multimedia and Visu. We’re pretty active.

peHUB Canada: BufferBox was a quick turnaround. It entered the iNovia portfolio as a startup in the summer of 2012 and was sold to Google in the fall.

Arsenault: Indeed, a very quick turnaround. It was also rewarding for iNovia Fund III. We had a great multiple from that exit, an amazing IRR. 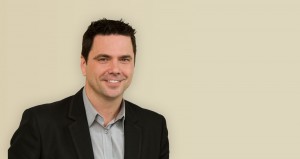 Arsenault: Yes. Our deals divide between early stage and seed. We like to invest about $2 million per round in early stage companies and can go as little as $250,000 in seed and pre-revenue companies. We’re passionate about all of them. It’s gratifying to see the pre-revenues transforming into something big. Toronto’s Chango is a great example. We did Chango’s seed financing and then led its Series A. Today, the company has six offices worldwide, has signed deals with Google and Facebook to bring search data to social targeting, and is currently hiring 50 people.

peHUB Canada: Kevin Talbot of Relay Ventures recently said Canadian entrepreneurs should aim to be ‘the best in the world.’ Do you see that among your company founders?

Arsenault: Absolutely. Many of our founders are guys in their 20s and 30s and they don’t fit the risk-averse, conservative stereotype of old. BufferBox’s Aditya Bali, Mike McCauley and Jay Shah were co-founders while studying engineering at the University of Waterloo. And before learning how to manage a board meeting, they were learning how to negotiate an exit.

Arsenault: I hope so, but they also had intensive learning experiences in Communitech’s HUB startup incubator and Y Combinator’s accelerator program in Silicon Valley. Canadian entrepreneurs have more resources available to them than ever before. But like the entrepreneurs we back, they must be hungry for success. They must aggressively seek out opportunities, soak up knowledge and develop networks.

peHUB Canada: Your career spans the early days of Canadian venture capital and today’s market. How much has changed?

Arsenault: There’s a new energy in Canada’s venture industry and, hopefully, it’s going to help us stop dwelling on the past. The market ecosystem is evolving rapidly. We partner with incubators-accelerators like Communitech-Hyperdrive, Extreme Startups, FounderFuel and GrowLab. These organizations aren’t run by ‘consultants,’ but by seasoned entrepreneurs and investors with coaching and mentoring know-how. The result is startups which are better prepared for investors.

Arsenault: Yes. When I started out as an investor, it was tough to find a Canadian serial entrepreneur. Now over half of Fund III’s portfolio is managed by CEOs who have already built businesses.The quality of the deal pipeline has increased tremendously. Most of our referrals are proprietary, coming from our portfolio and co-investors. We also work more closely with angel investors than in the past. And, like Anges Québec, angels are better organized and supported.

peHUB Canada: It used to be said that venture professionals were more often financial managers than operators. Has that also changed?

Arsenault: I believe so. We have a team of 10 employees. All of iNovia’s investing partners [Arsenault, Shawn Abbott, John Elton and Geoff Judge] have entrepreneurial and operating backgrounds, and all have started, managed and sold companies. We think those acquired skills are critical to our long-term performance.

peHUB Canada: You must also be inspired by the improved fund-raising climate?

Arsenault: Absolutely. I give policymakers credit. Programs like the federal Venture Capital Action Plan have been designed as catalysts, as sources of leverage to private investment in funds and, by extension, in companies. Some of the best ideas have been Québec ideas. Government-backed fund-of-funds Teralys Capital, for example, has helped leverage over $1.3 billion for its partner funds, and will help put an estimated $5 billion into the hands of entrepreneurs.

peHUB Canada: It has been three years since American investors obtained relief from Section 116 of the federal Income Tax Act and other barriers to cross-border activity. Do you notice a difference?

Arsenault: For sure. Virtually all of our current deals are syndicated, often with U.S. venture capital firms. That reflects a significant increase from years past because American firms can invest directly in Canadian companies without encountering withholding taxes and other costs.

peHUB Canada: iNovia is participating in the new Start-Up Visa program. How do you expect things to work?

Arsenault: The program is great for attracting talent to Canada. For us, it’s another tool in the tool box. We have already received over 40 applications. There might be a gem or two in there, but we aren’t changing our investment thesis.

peHUB Canada: What changes do we have yet to see in Canadian venture capital?

Arsenault: What concerns me most is the fact that corporate Canada continues to sit on the sidelines. Corporate venturing remains pretty limited. Large businesses want to embrace social media, but they don’t understand that the best way to do that is to get closer to the ‘disruptive forces’ in startup and venture communities. It’s in their strategic interest to do so.