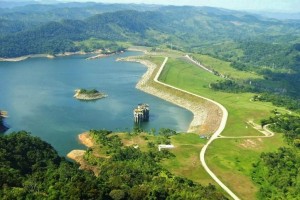 The stake, sold at the minimum price of 6.49 trillion Colombian pesos, is the largest privatization in the country in nearly a decade.

“The buyer is Brookfield Colombia Investment, part of the Canadian investment fund Brookfield Asset Management,” Cardenas said. “The price of the sale was 4,130 pesos per share, with which the nation will receive 6.49 trillion pesos.”

The government plans to use proceeds to fund highways, bridges and tunnels across the country, its so-called 4G infrastructure projects.

“We are extremely pleased to grow our business in Colombia, an attractive market with strong long-term growth fundamentals, a highly skilled labor force and continued need for new investment,” Sachin Shah, president of Brookfield Renewable Energy Partners, said in a statement. Brookfield valued the sale at approximately US$2.2 billion.

Brookfield has until January 27 to pay for the company and take possession of the shares, a finance ministry official said.

Chile’s Colbun withdrew from bidding on Monday, in part because of a 21.5 percent increase in the minimum price, the company said.

Members of the Isagen’s workers union and left-wing political parties gathered outside the headquarters of the Bogota stock exchange, where the results were announced, to protest the sale.

The sale of Isagen, which operates seven power plants across the country, has been suspended at least twice because of legal challenges. A last-minute appeal by a left-wing senator to halt the auction was rejected late on Tuesday.

Brookfield, which has around US$225 billion of assets under management, set up a US$400 million fund to invest in Colombian infrastructure assets in 2009.

It acquired Transelec, the largest electricity transmission system in Chile in 2006. In 2011, it purchased an electrical distribution business in Colombia and, in 2012 and 2013, it bought toll road networks in Brazil and Chile.