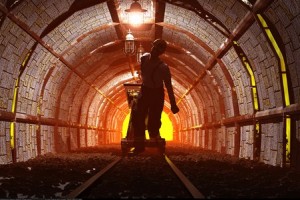 Expectations of a takeover frenzy in global mining have been dashed by falling commodity prices, leaving the field open for private equity funds looking to deploy billions of dollars.

Consolidation in previous times has been driven by major mining companies seeking extra capacity due to strong demand and rising prices.

The delay in their acquisition plans, of possibly two to three years, leaves a vacuum that some in the private equity business see as an opportunity.

Data provider Preqin estimates private equity funds have access to US$4.4 billion of capital for mining investments. Some of those funds say conditions are now ripe for them to move.

“This is a prime time in the market for us,” Denham Capital director Caroline Donally said. Denham has around US$1 billion invested or committed in mining.

With commodity prices still falling, investors in large firms are nursing their wounds.

BHP Billiton shares are down more than 60 percent since July last year at seven-year lows, Rio Tinto‘s stock has tumbled more than 40 percent and Anglo American has plunged 70 percent this year.

The combined market cap of 95 major mining firms around the world has dropped below US$400 billion, the lowest since the post-Lehman troughs and a far cry from the peaks of US$1.8 trillion hit in April 2011. This is having a knock on effect on privately owned mining companies too.

“Companies and management teams are starting to capitulate around valuations and we’re starting to see a lot more assets become available, which historically we never could tap,” Donally said.

“It will be a couple of years before M&A comes back,” said Mark Sawyer, senior partner at private equity fund, Greenstone Capital. “As traditional lenders and equity capital markets get more cautious and more reluctant to invest, then they of course create a vacuum.”

Like Donally, he argued that opportunities for private equity firms are improving because potential target companies are becoming more realistic about valuation.

Denham said it had had two deals lately: in one, in Australia, it funded Auctus Minerals to take over Atherton Resources, a company with base metals assets.

Another fund, Pacific Road Capital Management, has two mining funds that are fully invested, one at around US$300 million and the other at US$475 million.

Yet another, RFC Ambrian, secured £14.7 million financing in a coking coal mine near Whitehaven, Cumbria, U.K.

Not all private equity investors are ready to bet on mining just yet. In a record year for funds raising capital to invest in natural resources, the mining sector was a weak spot, with only US$0.4 billion committed, according to Preqin research.

That is partly because, China, the main source of demand growth for industrial metals over the past 15 years through infrastructure and industrial capacity, is switching to a consumer-led economy, raising questions about future prices.

Funds are tight-lipped about their investment plans, but typically operate in mature markets like Australia and Canada, but also resource-rich Russia or West Africa although they avoid politically challenging environments.

One mining consultant said they would likely be looking at opportunities that are much more specific than output growth.

“Private equity will probably be more interested in niche situations, where they can see a story or a situation that plays to their strengths, perhaps financial engineering or distressed situations,” the consultant said.