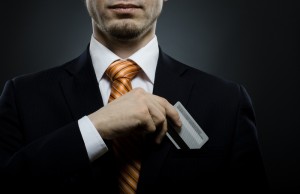 Card-payment processors, long a darling of the buyout business, may be losing their luster, market watchers tell sister magazine Buyouts.

A recent flurry of activity has rekindled interest in the sector, but subtle changes in the market appear to be signaling a downshift in the way that investors value the holdings. In particular, smaller players may be better suited to sponsor deals, while larger processors seem to face challenges.

“The business is getting tougher out there,” one banker told Buyouts, asking not to be named discussing deals that have not been made public. Unlike the past 20 years, when card use was displacing cash and demand for payment terminals was growing at the point of sale, today almost all merchants are wired to accept cards, and transaction volumes have slowed due to the sluggish economy. As a result, the banker said: “They’re trading merchant customers among themselves, and the basis on which they are trading is largely price.”

The sector received a boost after a deal in July when the Brazilian payment processor Cielo SA said it would pay $670 million to acquire Merchant e-Solutions Inc. of Redwood City, Calif., as a way to supplement Cielo’s online payment capabilities. Merchant e-Solutions, which received early backing from the venture firm Trident Capital of Palo Alto, Calif., was seen as a platform play, expanding Cielo’s domestic online processing capacity in its rapidly growing home market; Cielo was not considered to have ambitions to expand in the United States.

That deal seems to have spurred a series of other processors to test the waters as well. TransFirst, owned by New York buyout shop Welsh, Carson, Anderson & Stowe LP, has hired investment boutique Financial Technology Partners LP to run an auction and may fetch between $1.3 billion and $1.5 billion in a sale, people familiar with the situation told sister news service Reuters.

First American Payment Systems, which is backed by private equity firm Lindsay Goldberg LLC, is also for sale and could be valued at between $700 million to $800 million, Reuters reported, citing the people familiar with the matter.

And a smaller online processor, BluePay Processing LLC of Naperville, Ill., has retained Raymond James to advise it on a sales process, sources told peHUB. Goldman Sachs reportedly invested in BluePay in 2007 and is said to own roughly one-quarter of the company. BluePay could sell for $200 million.

“The small end of the market is where a lot of things are going on, a lot of innovation,” said an operating executive at one buyout shop who has a background in payments. Online merchants continue to seek processors that can provide them with “one-click” checkout capabilities, and the rise of mobile devices, such as handsets equipped with contactless payment chips, could drive the next generation of payment technologies.

Even so, it is unclear whether such innovations would increase market share for payment cards, as opposed to cash or checks, or whether new form factors would simply represent switch business for the processors. Too, said the banker, small processors rely on “feet on the street,” an extensive sales force to expand their merchant rosters. But such efforts can be expensive compared to large processors, which can rely on their relationships with large merchants to generate transaction volume.

Some big processors seem content to stand aside during the current wave of activity. First Data Corp., the largest buyout-backed processor, with backing led by Kohlberg Kravis Roberts & Co., Bain Capital and Merrill Lynch Capital, refinanced a portion of its 2014 term loan in September with a new senior secured loan due in 2020, a loan that was upsized by $350 million to $750 million, according to Thomson Reuters Loan Pricing Corp. Proceeds were to be used to pay down existing senior secured credit facilities and cover expenses of the offering.

Other players, including strategic buyers, may be more willing to invest in rollups, said the operating executive. Among them are Vantiv Inc. of Cincinnati, the joint venture of Fifth Third Bancorp and Advent International, which went public in March at a valuation of $461 million (Advent still owns a 57 percent stake in the company, according to a regulatory filing in August). Vantiv, which has its roots in merchant processing, is seeking to boost its e-commerce capabilities, the executive said.

Another strategic that is watching with interest is Moneris Solutions Inc. of Buffalo Grove, Ill., a joint venture of the Royal Bank of Canada and the Bank of Montreal, which is looking to expand its presence in the U.S. market, the executive said.

But strategics have shown discipline in seeking rollups. Lindsay Goldberg pursued a strategic-only auction in 2010 for First American Payment Systems but ended up not getting the valuation it sought, said the banker. That busted auction could put pressure on the new attempt to exit the company, this person said. “Once you’re for sale, you’re always for sale.”

Or Lindsay Goldberg could take a different route to a realization. Thomson Reuters LPC, citing sources, reported in late September that First American Payment Systems has launched a $405 million dividend recapitalization loan. “It is not totally unusual for an owner to consider both a sale and a div recap simultaneously,” one debt-market observer said, noting that the parallel process would put bidders on notice. “If they get the price they want, they sell—but if the bids fall short of expectations they can quickly pull some money out since they’ve lined up the financing for a recap while pursuing the sale.”