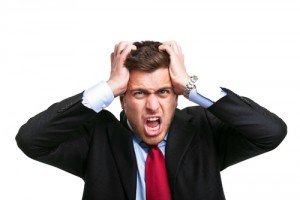 The sale of Deutsche Bank asset management, which was supposed to generate PE interest, has failed.

Today, Deutsche Bank announced that discussions to sell RREEF, its global alternative asset management business, to Guggenheim Partners are off. The parties were “unable to agree on terms for the sale of the business and mutually agreed to end exclusive negotiations,” Deutsche Bank said in a statement.

DB said Wednesday it has concluded its strategic review of DB asset management, which started last November. Deutsche Bank, late last year, was looking to sell off its funds unit  and was seeking $2 billion. The sale included DWS Americas, DB Advisors, Deutsche Insurance Asset Management and RREEF. Press reports said the unit would likely fetch about $1.2 billion. In September, DB is expected to provide an update on the asset management unit.

The announcement is bad news for Deutsche Bank funds unit. Guggenheim, a financial services firm with more than $160 billion in assets under management, walked away from buying three other DB fund units in May. Now, Guggenheim has said no to RREEF. UPDATE: Reuters reported in May that talks between Deutsche Bank and Guggenheim broke down after the German lender withdrew an offer to guarantee the unit’s revenue. This caused Guggenheim to lower the price it would pay for units, the story says. Deutsche Bank then denied to Reuters that the guarantee or price were a reason the talks fell apart. A source today claims that it was Deutsche Bank that walked away because of price.

The Deutsche Bank fund auction was expected to generate interest from private equity. Firms including Hellman & Friedman and Conning & Co. (which is owned by PE firm Aquiline Capital Partners), along with strategics (BlackRock, PIMCO) were expected to be interested in DB’s fund businesses. Could PE swoop in and make a bid for the units? DB has concluded its review of the asset management unit, a source says, but is required to listen if another buyer emerges.

“DB will try to sell what it can,” one banker says.