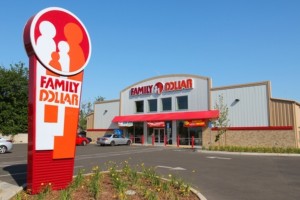 U.S. retailer Dollar General Corp is preparing to go hostile as soon as this week in its bid to buy rival Family Dollar Stores, taking its $9.1 billion offer directly to shareholders after being spurned twice by its smaller rival, people familiar with the matter said on Tuesday.

Dollar General could launch a tender offer for Family Dollar as soon as Wednesday, these people said, asking not to be named because the matter is not public.

[contextly_sidebar id=”rFFaPhVwaQ9227rS2K2xpsZTG1z8cvui”]Representatives for Dollar General and Family Dollar both declined to comment.

Dollar General’s expected hostile move could lead to a protracted takeover battle involving the nation’s three largest U.S. dollar-store operators, at a time when these retailers are facing increasing competition from retailers like Wal-Mart and Target Corp.

In its most recent offer made last week, Dollar General had added a $500 million break-up fee and increased the number of stores it is willing to sell to get antitrust approval to 1,500 from 700.

Dollar General believes these new terms eliminated the antitrust risk for Family Dollar, people familiar with the matter said. But the rival rejected the sweetened bid, saying it still did not give the company sufficient protection.

Family Dollar wants Dollar General to assume the entire risk of a deal getting shot down by U.S. regulators through a so-called “hell or high water” clause before agreeing to negotiate. Such a clause will commit the company to doing whatever it takes to complete the deal, such as carrying out any divestiture that antitrust regulators ask for.

But Dollar General is not willing to offer such an assurance, partly because doing so could leave the retailer at the mercy of the antitrust regulators, who could demand huge divestitures, according to people familiar with the matter.

Dollar General also believes it has already offered far more divestitures than is necessary to secure regulatory approval, the people said. While it is willing to sell off up to 1,500 stores if required by the U.S. Federal Trade Commission, it still believes that the FTC will ask for far fewer to be divested, around 700, these people added.

Some shareholders have questioned if Dollar General can find buyers for the stores that regulators would require them to sell. But the people familiar with the matter said there is a long list of potential buyers for such assets, including a handful of small box retailers such as Fred’s, Happy Dollar and Five Below, as well as private equity firms. These buyers could be interested in dividing up the assets, the people said.

A combined Dollar General-Family Dollar would have nearly 20,000 stores across 46 U.S. states and annual sales in excess of $28 billion.

Family Dollar said it expects the FTC to challenge a deal with Dollar General, as it could lead to higher prices in areas where only the two retailers are present. The company said more than 6,000 Family Dollar stores have a Dollar General store within three miles. Many of those locations also do not have a third competitor, Wal-Mart Stores Inc.

Dollar General has played down its rival’s antitrust concerns, saying that Wal-Mart was the primary driver for its pricing decisions, not Family Dollar.

The FTC would want to make sure that whoever buys the divested stores would be able to keep them open and profitable, said Claudia Higgins, an antitrust expert with the law firm Kaye Scholer, who is not involved in the deal.

Higgins said that she had seen instances where a failure to find an appropriate buyer for divested assets did lead to the collapse of a deal but that this was not common and tended to happen in specialized industries.

“Seems to me that somebody who runs drug stores would know how to run a store that sells sundries. Or the owner of a small grocery store. Or a private equity company that owns retailers,” she said.

Last week, Dollar Tree said it amended its merger agreement with Family Dollar to include a commitment to divest as many stores as necessary to clear antitrust hurdles. It had previously agreed to divest 500 stores.