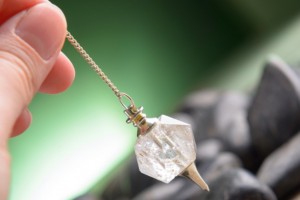 Are signals of a market correction evident in the private equity secondary market?

Some private equity limited partners have been “de-risking” their illiquid portfolios, according to a fresh first-half pricing report from Cogent Partners.

They are taking advantage of the sky-high pricing environment to get premium amounts for their LP interests at a time when the “prospect of rising interest rates and the taper of quantitative easing has created uncertainty surrounding the short- to medium- growth prospects for the global economy,” Cogent said. Additionally, many LPs are sitting on large unrealized gains because of the growth of the public markets, Cogent said.

“It may be tempting to try and ride the crest of the current growth environment, but many LPs realize that if/when a downturn occurs, the current robust liquidity in the secondary market could quickly evaporate, and pricing could fall precipitously,” Cogent said.

Well then … how can you go wrong as a seller?

LPs are doing what they have been doing for a few years, as they—and the asset class—have matured. “De-risking” to people I talked to in the secondary market is essentially “prudent portfolio management,” which translates to trimming down the number of general partner relationships in the portfolio and sticking with core managers.

The alternative to this rebalancing is continuing to hold existing stakes in managers, collecting on the massive distributions that have been pouring into the industry over the last two years. But they risk a sudden downturn and leaving money on the table.

However, there is a difference this year in the decision to sell versus past years. Namely, in the first half, LPs actually chose to sell. Cogent estimated first-half 2014 private equity secondary volume at around $16 billion, more than double the firm’s $7 billion estimate in last year’s first half.

Last year, many sellers tested the waters of the secondary market but did not have much incentive to actually sell with what turned out to be the largest ever amount of capital distributed by GPs back to their investors (according to investment adviser Cambridge Associates).

The thought was—sure, I can sell and probably get a good price, but what am I going to do with the money?

Apparently, prices have risen so high sellers aren’t using that kind of reasoning anymore. They’re actually selling. And one aspect of that rationale today may very well be that nervous, nagging little voice arguing, “Can prices really get any higher?”

That’s where the de-risking aspect comes into the equation. Sellers can cash in on superfluous parts of the portfolio and concentrate their private equity holdings to core relationships. It’s a powerful argument, especially if you believe we’re at a market peak.

“You can’t comfortably subscribe to the notion the exit market will be as robust tomorrow as it is today,” said Jason Gull, global head of secondary investments at Adams Street Partners. “I think [many sellers] are thinking seriously about de-risking.”

“The higher any market goes, the more risk there is of a correction,” said Richard Lichter, managing partner at secondary market specialist Newbury Partners. “If there’s something that’s not strategic, this may not be a bad time to sell rather than just let it wind down.”

And even if you’re not predicting impending doom, “de-risking” can be a good way to convince reluctant investment boards to make the sell decision, said Brett Gordon, managing director at HarbourVest Partners.

No matter what the reason, everyone I talked to believes activity on the secondary market this year will eclipse anything we’ve seen before.

The second half—and especially the fourth quarter—has historically been the busiest time when sellers rush to market to close out deals before the end of the year. With pricing at these levels, this fall looks to be extremely busy for the private equity secondary market.