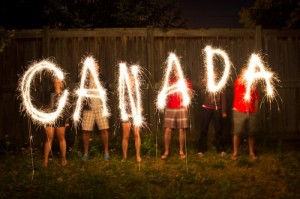 This week we’re introducing a new feature to peHUB Canada – Memo from the C100. Every quarter we’ll bring you the latest news, interviews, guest columns, statistics and assorted bric-a-brac about the C100, the Silicon Valley-based nonprofit organization established to support Canadian entrepreneurship.

The C100 was founded in late 2009 by a group of 100 Canadian expats working in northern California as venture professionals and executives of tech startups and major companies like Apple, Cisco, Facebook, Google, IBM, Microsoft, Oracle and Salesforce.com. Among the organization’s leading lights and earliest charter members was Chris Albinson, managing director of Panorama Capital, and Anthony Lee, general partner of Altos Ventures.

The C100 is perhaps best known for introducing Canadian startups to new sources of risk financing. But it does much more than that, says Lars Leckie, managing director of Hummer Winblad Venture Partners, and the C100’s co-chair. Drawing on the experience, skill sets and market clout of its charter and affiliate members, the C100 also offers founders invaluable advice, role models, coaching and mentoring, access to networks, and opportunities for forming strategic partnerships. 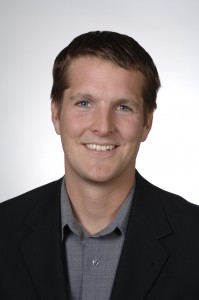 The C100 two times a year sponsors its flagship program 48 Hours in the Valley, which provides intensive mentoring to founders of Canadian startups in the heart of the world’s largest and most successful venture capital ecosystem. The next 48 Hours, scheduled for June 10-12, features 19 companies that were culled from more than 300 applications, says Leckie in an interview with peHUB Canada. “These days it’s easier to get into Stanford Graduate School of Business,” Leckie quipped.

Participants in June’s 48 Hours include several newly venture-backed companies, including Toronto’s AppHero, a social recommendation platform for mobile applications, which secured seed-stage financing in 2012 from OMERS Ventures, Golden Venture Partners and ENIAC Ventures; and Vancouver’s ePACT Network, a specialist in online emergency networking, which was backed in March by BDC Venture Capital and Yaletown Venture Partners.

C100 also hosts a CEO Summit in which leaders of 20 to 30 high-growth Canadian enterprises share stories, exchange views and make presentations to Silicon Valley execs. The May summit in Mountain View, Calif., drew companies which each had revenues averaging north of US$10 million and annual growth rates averaging 50%, says Leckie, who since 2012 has been serving a two-year term as co-chair of the C100 with Katherine Barr, general partner of Mohr Davidow Ventures.

C100 members also participate in Canadian Technology Accelerator sessions in the United States, and travel to Canada to attend the annual GROW conference in Vancouver and the startup showcasing Accelerate Series in Calgary, Toronto, Ottawa and Montréal.

Leckie says the C100’s focus on the qualities of entrepreneurship is meant to encourage Canadian founders to “think big” and concentrate on building high-performance, globally-competitive companies that deliver superior returns to investors. He believes the organization can help foster “a new breed of entrepreneurs” which will, in turn, stimulate more confidence and ambition among its peers at home.

The C100 might already be having its intended effect. In three short years it has become a veritable extension of Canada’s comparatively young, but rapidly evolving, venture capital ecosystem. Events like 48 Hours have to date engaged more than 3,000 Canadian entrepreneurs, Leckie says, and given mentoring and other opportunities to close to 200 Canadian startups. Furthermore, cumulative venture investments in C100 companies and charter member companies have risen from about US$100 million in 2010 to more than US$560 million in the first quarter of 2013.

Leckie has himself assumed a key role in growing C100-related investments. Born in Ajax, Ontario, Leckie earned an engineering physics degree at Queen’s University, and then journeyed to Stanford University to get his master’s degree, and later his MBA. He also spent time founding and operating startups. While at Stanford, Leckie met John Hummer and was invited to join the San Francisco venture firm. His first Canadian investment was a starry one – in 2011, Hummer Winblad backed Vancouver wunderkind Brian Wong, the now 22 year-old founder and CEO of mobile rewards provider Kiip, one of North America’s fastest-growing companies.

Leckie has spotted further opportunities at C100 events. At the 2012 GROW conference, he was re-acquainted with Mark Organ, co-founder of Eloqua, a venture-backed marketing automation platform that launched an IPO on the Nasdaq in 2012 and was acquired by Oracle in 2013. Impressed by the potential of Organ’s next project, Influitive, a Toronto-based advocate marketing and mobilization company, Leckie was Hummer Winblad’s point man in getting it launched. The firm co-led with Relay Ventures the US$7.5 million Series A financing of Influitive in December.

Influitive is “a world-class, billion-dollar opportunity” capable of “modernizing how global businesses go about performing sales and marketing,” Leckie says. It’s also precisely the kind of Canadian enterprise the C100 was created to support, he adds. This is perhaps reflected in the fact that three other C100 charter members also invested in the company – angel investor and Facebook manager Matt Wyndowe, Arif Janmohamed of Lightspeed Venture Partners and Chamath Palihapitiya of The Social + Capital Partnership.