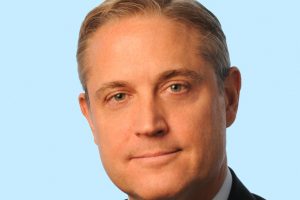 A former senior healthcare banker and doctor-entrepreneur have been busy striking deals behind the scenes over the last several months.

After spending 20-plus years in the healthcare investment banking business, it was Warburg Pincus’s purchase of CityMD in 2017 – for a reported $600 million – that put things in motion, Santemma said.

Proceeds from the sale of the urgent-care-network made for the cornerstone of the fund, with Santemma and Kim – whom had met several years back through a mutual acquaintance – ultimately committing about one third of Regal’s inaugural fund, which collected $86 million in January. About 40 percent of the fund has been deployed to date, he said.

The New York firm’s other LPs include healthcare services executives and entrepreneurs, some of which have their own family offices, as well as doctors that have invested with Kim over the years.

Regal expects to raise its next, larger fund from current investors, but may turn to outside investors for additional capital since deal flow has been so strong, Santemma said. “We have been able to close deals because companies have found Dave’s entrepreneurial [and] operational track record and my transactional experience compelling.”

Next on its radar? The GP hinted that Regal will prioritize opportunities in orthopedics, dermatology and veterinary care. Behavioral health, including addiction treatment, is among other segments of interest, he said.

“We like the increasing consumerism of healthcare as out of pockets go higher and higher,” Santemma said. “Consumers are used to the Starbucks experience. When patients spend their own money, they demand more.”

The firm is open to making minority or majority investments and aims to back assets that can be scaled into regional or national providers.

Santemma, who closed on more than 100 healthcare services transactions during his investment banking career, got his start practicing law in the M&A group of Skadden, Arps, Slate, Meagher & Flom. Santemma’s banking career began at Citigroup/Smith Barney in 1995. He subsequently served as a managing director in the healthcare investment banking group at UBS from 1999 to 2009, before making the move to Jefferies.