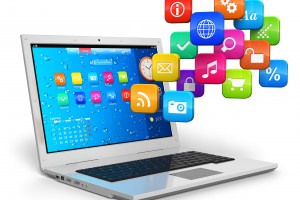 (Reuters) – A private equity group made up of Bain Capital and Golden Gate Capital Corp are nearing a deal to acquire BMC Software and an announcement could come as early as Monday, two people familiar with the matter told Reuters on Sunday.

The negotiated price of the deal is around $46 per share, said one of the people, who wished to remain anonymous because they are not permitted to speak to the media. That would mean the deal value would be more than $6.5 billion.

Discussions are ongoing and the terms of the deal could still change, the sources said.

Calls to BMC and Bain were not immediately returned. Golden Gate officials declined to comment.
The deal would be one of the largest leveraged buyouts so far this year, after Michael Dell teamed up with private equity firm Silver Lake Partners LP to take Dell Inc private for $24.4 billion. Silver Lake accounts for only a quarter of the equity in that deal.

Houston, Texas-based BMC Software shares ended trading at $45.42 on Friday. It competes with Oracle Corp, SAP AG, CA Inc and Compuware Corp, and has been under pressure from Paul Singer’s activist hedge fund Elliott Associates LP to sell itself since last year.

Elliott, a seasoned investor in the software sector, has a 9.7-percent stake in the company, and has argued that BMC’s management was neglecting a huge opportunity to expand into Internet-based business software, a market dominated by the likes of Salesforce.com Inc. The world’s largest providers of software for enterprises, including Oracle, SAP and Microsoft Corp, have already begun investing heavily in that market. Elliott is a shareholder in business software company Attachmate Corp, alongside Golden Gate, Thoma Bravo and Francisco Partners.

BMC is due to announce first-quarter earnings on May 7. The company said on April 8 that it would reduce its workforce following a company-wide operational review. Those job cuts will result in pretax charges of approximately $33 million to $38 million for severance and related termination costs, it added.