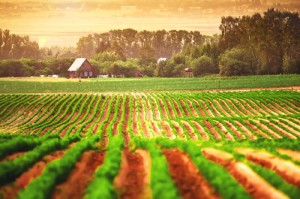 Bonnefield was profiled by peHUB Canada after Fund II’s final close in February.

Eisenhauer said he and the Bonnefield team have “realized a dream” with the early success of Fund III. Eisenhauer was also grateful that the partnership has received the backing of Canadian institutional investors.

“After a lot of hard work, we finally have big Canadian money available to support investment in Canadian farming,” he said.

Coincident with the fundraising news, Bonnefield announced its acquisition from the The Highland Companies of farmland assets located in Dufferin County, Ontario. The property, which Eisenhauer described as “some of the best quality agricultural land in Canada,” has been used for potato and other row crop production.

The Dufferin County deal, said Eisenhauer, observes Bonnefield’s land-lease financing model, which leaves productive operations in the hands of growth-oriented local farmers. The firm offers value-adding partnerships to entrepreneurial Canadian farmers who are looking to increase the scale, efficiency and productivity of their holdings.

At over 6,500 acres, the property procured in the Dufferin County acquisition greatly surpasses Bonnefield’s past investments, which have typically involved around 1,000 acres. While the transaction’s value was undisclosed, Eisenhauer said it is “one of the largest farmland deals in Canadian history.”

Up until 2012, agricultural land in Dufferin County was on track to be converted into a massive limestone quarry. This plan was abandoned in the final months of last year due to community pressure on The Highland Companies. Eisenhauer says Bonnefield’s acquisition sends a message to local residents that their land will now be “preserved and enhanced for farming use.”

Eisenhauer said the first close of Bonnefield’s Fund III and the completion of the Dufferin County deal validate his firm’s investment thesis. With investments in five provinces – Alberta, Saskatchewan, Manitoba, Ontario and New Brunswick – Bonnefield has shown it can provide an alternative source of risk capital to an industry that suffers from chronic disinvestment, he said.

Bonnefield, which currently has a team of nine professionals, has its headquarters in Ottawa, as well as an office in Toronto.