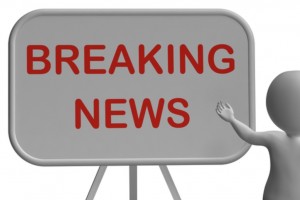 Brazos Private Equity Partners, a Dallas buyout shop, will not be raising a new fund and will manage out the existing portfolio and wind down, according to Michael Salim, partner and general counsel.

A limited partner told me the team was “splitting” and raising separate funds. Salim wouldn’t go into detail but said some partners are in talks to start up their own ventures, or join new firms. At least one partner will launch a new, separate fund this year, but will split time between Brazos Private Equity and the new venture, he said.

That said, Salim said right now the priority is finishing the deployment of Fund III, the investment period of which ends in July.

A vintage 2008 pool of $715 million, Fund III has about 20 percent of its capital left to deploy, Salim said. Brazos Private Equity will focus on making platform and add-on investments with the remaining capital, he said.

The firm doesn’t plan on seeking any fund or investment period extensions, Salim said. He said management fees won’t change, and will be necessary to pay the team to deploy Fund III and manage out existing investments.

“Brazos has a long runway ahead of it. We have a portfolio to mine and harvest value. We’ll be together operating Brazos to the conclusion of portfolio company investment horizon(s),” he said. “In time, partners may choose to extend their careers in different directions.”

“It’s natural as you get to the end of a deployment period, the partners ask themselves, ‘Are we up for a new fundraising together?’ People are in different places in terms of their families, their business careers, and they want different things,” Salim said.

“We remain good friends, and we’ve told ourselves that we want our process as we wind up the Brazos deployment cycle to be a model for how people do this,” he said.

The firm has raised three funds since its inception: along with the 2008 Fund III, Fund I is a 2000 vintage vehicle that raised $250 million; Fund II is a $400 million, 2005 vintage vehicle. Salim declined to comment on their performance.

Fund III was generating an 11.6 percent net IRR and a 1.3x investment multiple as of June 30, 2013 for backer California Public Employees’ Retirement System.

The firm has not had a ton of high level turnover. Patrick O’Hara, who was managing director of investor relations, left the firm last year after only two years in the role. O’Hara joined the Credit Suisse Customized Fund Investment Group (now owned by Grosvenor Capital Management). Also, managing director Russell Beard left the firm in 2012 after eight years.