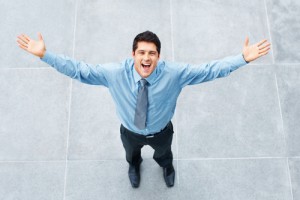 The mood of PE execs has improved in the past six months and grown more positive, according to a survey from Ernst & Young.

Nearly half, or 45%, of 150 PE execs questioned, said the global economy is “modestly improving,” according to E&Y’s “Global Capital Confidence Barometer.” This is up more than 20% from October when only 21% thought the economy was getting better.

Ernst & Young spoke to 1500 corporate execs from February to April of this year for the survey. They broke out the responses of the more than 150 PE investors questioned, which are the main focus of this story. PE execs, according to E&Y, are more cautious than their corporate counterparts. When E&Y asked the corporate execs about the global economy, 52% said they think it’s improving.

Chris LeRoy, a partner with Ernst & Young’s transaction advisory services group, doesn’t think the 7% difference between PE and corporate executives is a big divide. “The mood of the PE investor has certainly improved,” he says. LeRoy says he’s seen more assets come to market and has gotten more phone calls on new opportunities.

“I take that to mean that the mood of the PE investor has taken a more positive turn,” he says.

During the past few months, peHUB has reported that the credit markets in the U.S. are strong and able to handle LBOs of $10 billion or more. The  E&Y survey showed similarly positive results. When asked about credit availability globally, more than 70% of PE execs described their confidence level as positive or stable. This confidence shot up to about 90% when focused on North American responses. But when European PE execs were asked, more than 50% said credit availability was a significant challenge in light of the Eurozone crisis.

M&A stalled during the second half of 2011 due to the Eurozone crisis and deals so far this year have been slow. Confidence, however, among PE execs appears to be rising. Nearly half, or 48%, of execs said they were “positive or very positive” about the number of deal opportunities available over the next 12 months. This is up from 41% who had similar views in October.

Certainty about closing deals also shot up, according to the E&Y survey. About half, or 44%, of execs said they were “positive or very positive” about completing a transaction over the next 12 months. This compares to only 25% who held this view in October.