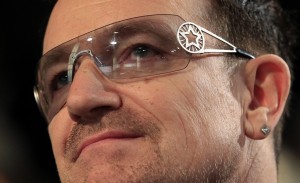 Elevation Partners, the private equity firm that famously counts Irish rock star Bono among its co-founders, sold 5.2 million of its Facebook shares (or 13% of its stake) for $198 million as part of Facebook’s IPO on Friday.

Elevation’s partial exit from Facebook marks a clear success among the firm’s recent investments, which also include Yelp, the customer review site, and helps the firm overcome some of its early missteps.

Prior to Friday, Elevation owned 40.1 million shares, or roughly 2.3% of the social networking Goliath’s common shares. That stake was worth slightly more than $1.5 billion. Elevation’s made its investments in Facebook during 2009 and 2010, paying $268 million, representing a 5.6x return for the firm.

The firm is currently raising its second buyout fund, a middle-market growth equity vehicle that is thought to target between $1 billion and $1.9 billion. The fund will not only invest in growth equity, but also be able to invest in seed to late stage firms, sources told Buyouts magazine last year.

The firm’s debut fund, which closed in 2004 and raised $1.9 billion, has so far returned 1.4x and delivered an IRR of 11 percent, according to December 2011 data from the Oregon Investment Council, which committed $100 million to the fund.

Elevation Partners was able to get several marquee investors to invest in its debut fund, including the Washington State Investment Board, the Oregon Investment Council, the Colorado Public Employees’ Retirement Association, the Pennsylvania State Employees Retirement System and the Illinois Teachers Retirement System.  There has been no information on whether any of these investors are planning to commit to Fund II.

To be sure, Elevation Partners was founded by several partners other than Bono, including Roger McNamee, who previously co-founded tech buyout shops Silver Lake Partners and who plays bass and guitar for Moonalice, a rock band; Fred Anderson, a former Apple executive; and Bret Pearlman, a former Blackstone senior managing director.

Elevation’s other big hit investment is Yelp, which Elevation was reported to have invested $100 million in. The firm’s 11 million shares are now estimated to be worth $227 million based on Yelp’s closing price on Friday of $19.49 a share. Another notable investment for Elevation has been Pandora, the Internet radio site.

Elevation’s largest investment was for a 25 percent stake in Palm, the mobile device maker. Elevation invested $460 million in the public shares of the firm over a three-year period. Ultimately, Palm was sold for $1.2 billion to Hewlett-Packard in 2010. The investment did a bit better than break even for Elevation, which saw a $485 million exit following HP’s purchase.

Elevation also invested $300 million in Forbes, the financial magazine and online publisher, which has struggled financially, not unlike many business publishers.