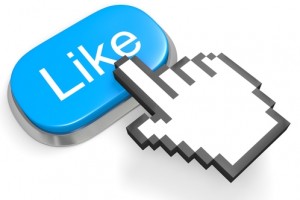 The last couple of months have been rough for Facebook, even though its stock is trending back upward. Everywhere you look, people are chuckling to themselves about Facebook’s IPO and the first perceived stumble of boy wonder Mark Zuckerberg. General Motors infamously pulled out their advertising right before the IPO, giving the social network a bad piece of publicity that suggested an underlying weakness with their business model.

Yet, despite a rough beginning for its IPO, I believe that only good things are ahead for Facebook. Make no mistake about it: Facebook is built to succeed for the long-term in ways that few companies are. With nearly 1 billion users, companies recognize that Facebook still provides a fertile ground to build a business.

Forget about valuing Facebook based on its advertising model. Old school companies like GM that complain about click-through rates are missing the point. Functionally, Facebook offers no real differentiation as a new twist on banner ads. The difference between today’s perception and Facebook’s future potential lies in its ability to build relationships between buyers and providers. Many advertisers are referring to “engagement” as Facebook’s potential. But I’m referring to something far more powerful than followers and “Likes.” I’m talking about the ongoing member-provider relationship that is at the heart of the growing Subscription Economy that’s been pioneered by companies like Netflix, ZipCar and Amazon.

Look at Facebook’s app store, for example, and you’ll see companies across a variety of industries that have deep and meaningful relationships with the social network’s members. Several, including Rovio Entertainment, Branchout, and Socialcam, are monetizing their relationships because they offer services people want that leverage the community aspect of Facebook.
–Branchout is already the fastest growing job board site in the world. Due to the company’s rapid success, rumors have swirled about its possible acquisition by Facebook or chief rival LinkedIn.
–Socialcam, meanwhile, is the most popular video app on Facebook.
–Rovio Entertainment is behind the popular Angry Birds series. With its expansion to Facebook, the franchise has an opportunity to open up new revenue streams and this could include a subscription to Angry Birds Seasons — with new puzzles and levels released regularly to subscribing Facebook customers.

These companies are ready to further monetize their relationship with Facebook’s users, and subscription offerings are the key to doing so. BranchOut and Socialcam could launch their own premium or insider subscription offering. Such a strategy has done wonders for services like Spotify and Pandora, creating a non-ad based revenue stream and a consistent source of recurring revenue. This kind of opportunity is exactly what led Facebook to launch its own subscription billing solution for app developers last week.

But as successful as Socialcam, Branchout, and Rovio Entertainment have been, none is exceptional. There are hundreds of apps on Facebook, and scores of them are built by companies with strong vision who understand and exploit Facebook’s unparalleled access to customers. These companies know their customers down to the time of day they sign on, how they share their information, and what demographics they represent. That kind of access to data, that knowledge of their customer, is what separates Mark Zuckerberg’s from so many other companies.

It’s not just about the breadth of Facebook’s users that is so appealing– and at almost 1 billion, it’s hard to compete with the sheer number of customers– but it’s also the depth, the ability to know your customers in an intimate and real way. This data can be turned into metrics that can help spur further success. That’s why companies flock to Facebook, and why Facebook will ultimately succeed and endure because their many partners will succeed. Facebook is a fertile ground for success.

And it is fertile ground for old-school companies like GM too, no matter what their ad ROI study says. Car companies would love the customer relationship to extend beyond the purchase/lease signing. What better way to do it? I can manage OnStar services in the car, but why can’t I manage those and others from Facebook? Why doesn’t Chevy offer premium OnStar services to Facebook members? The value of the intersection of Facebook and the Subscription Economy is as much for “hot start-ups” as it is for Chevrolet. The only thing stopping companies isn’t that they are old-school; it’s old-school thinking.

Tien Tzuo is founder and CEO of Zuora. Opinions expressed here are entirely his own.