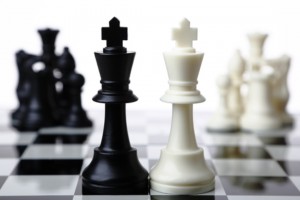 Chief executives got their deal-making confidence back in 2014, emboldened by a clearer outlook for their businesses to take the global value for mergers and acquisitions (M&A) to their highest annual level since 2007.

The total was boosted by a rush of large deals in the telecoms, healthcare and consumer sectors, with transactions, some of which had been contemplated for years, promising to cause a chain reaction as rivals move to defend their territory.

In the latest example British telecoms group BT’s move to buy mobile operator EE is expected to put pressure on rivals to seek their own tie-ups as fixed-line and mobile networks and pay-TV services converge.

“The need to stay competitive and strengthen the core business is the main catalyst,” said Wilhelm Schulz, head of M&A in Europe, Middle East and Africa (EMEA) at Citi.

Global deal volume to Dec. 11 hit $3.27 trillion, up 40 percent from the same period last year, according to Thomson Reuters data. This was the highest level since 2007, when the total was $4.12 trillion during a leveraged buyout boom which saw private equity firms sign multi-billion-dollar cheques and load companies with debt.

In contrast deals in 2014 were mainly driven by more cautious company boards, using shares rather than debt to fund purchases.

Executives haven’t lost all their post-crisis inhibitions and still prefer safe bets rather than bold adventures such as French telecoms group Iliad’s attempt to buy T-Mobile US.

“The market is rewarding tried and tested deals, driven by synergies,” said Paulo Pereira, a partner at Perella Weinberg.

But expectations that the pace of deal-making will keep up in 2015 have taken a knock from the oil price slump and deepening Russian economic crisis.

“The geopolitical risk remains a concern for 2015,” said Gilberto Pozzi head of M&A for the EMEA region at Goldman Sachs.

So far, however, the appetite for big deals shows no signs of weakening as the quest for market supremacy persists.

Comcast Corp’s $45 billion bid for Time Warner Cable will give the pair a near 30 percent share of the U.S. pay TV market, while telecoms giant AT&T is looking to acquire satellite TV provider DirecTV in a $48.5 billion deal.

Both deals are still under review with U.S. regulators.

In Europe Lafarge and Holcim aim to complete their merger next year, having secured European Union approval, to create the world’s biggest cement maker with over $40 billion in annual sales.

However, some other potentially major deals barely got off the drawing board, such as brewer SAB Miller’s approach to family-controlled Dutch rival Heineken.

“There is no stigma to deal-jumping any more,” said Chris Ventresca, JP Morgan’s global co-head of M&A.

“Companies have greater confidence and can withstand a bump in the road because there is less uncertainty on their prospects,” he added.

Expanding abroad has been a key motivator this year for European companies looking to escape from the continent’s sluggish economies, with the United States a prime target.

“The largest world economy is open for transactions and is growing in a more predictable way than many other geographies,” said Severin Brizay, head of M&A in EMEA at UBS.

At the same time U.S. firms are becoming more cautious about Europe. “They need to see that the economies in Europe are stabilized and going up, but there is not a big consensus on that,” said Ventresca.

Some also had to think again after the U.S. Treasury moved to deter so-called “inversion” deals whereby companies were making acquisitions to reincorporate abroad to avoid high taxes at home.

As a result U.S. drugmaker AbbVie pulled the plug on its $55 billion deal to buy Dublin-based Shire, while Pfizer faced a UK political backlash against its proposed $118 billion acquisition of AstraZeneca.

However, changes in U.S. tax rules so far have not killed off further inversion deals altogether.

“Companies will always factor in minimising taxes as they consider the best way to structure their business. That is their job,” said Bob Eatroff, co-head of M&A for the Americas at Morgan Stanley.

Meanwhile in Europe the emergence of unexpected but deep-pocketed “left-field” buyers from developing economies has raised the stakes for some prospective Western acquirers, including private equity firms.

Buy-out firms, whose acquisitions accounted for around 8 percent of the M&A market this year, have at times struggled to compete on price.

“China needs M&A to achieve true international expansion, beyond markets such as Brazil or Africa, and a wider access to technology,” said Pereira.

With cross-border activity on the rise, the ingredients for another busy year are all there with bankers predicting a new wave of deals in financial services, chemicals and energy as well as continuing consolidation in both healthcare and the telecoms, media and technology (TMT) sector.