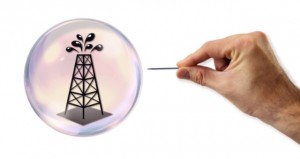 As carnage in public equities around oil and gas price bleeds into private markets, Apollo Investment Corp and PennantPark Investment Corporation carry the largest exposure to the hard-hit oil and gas sector among the 10 business development companies covered by Fitch Ratings, according to a January 20 note from the debt research firm.

While lower energy prices have impacted Apollo and PennantPark, these and other names in the BDC space appear to be hardy enough to withstand their current energy stress, partly because they’ve spread their risks in other industries, according to Fitch.

“Overall, Fitch believes energy exposures to rated BDCs remain manageable, although the potential for incremental marks on oil and gas investments … has increased versus one year ago, given the impact of extended low oil prices on portfolio company collateral values and liquidity positions,” said analyst Meghan Neenan.

Under current rules, BDCs are allowed to borrow up to 1.0x their equity value. If the value of a BDC’s equity drops, the debt would comprise a bigger share of the BDC’s portfolio and cause a rise in the leverage ratio.

Neenan concluded that even if the value of the BDCs’ oil and gas equity falls to zero, dragging down the value of the overall portfolio, the average BDC leverage ratio would increase by 10 basis points to 0.74x, well below the limit of 1.0x allowed for BDCs. But that’s a worst-case scenario as it’s unlikely oil and gas holdings would fall to zero.

“Fitch believes the possibility that all oil and gas investments are worth nothing is extremely remote, but Apollo is the most exposed from a leverage perspective,” Neenan said.

The largest single investment in an oil and gas company belongs to BlackRock Kelso Capital Corp. About 5.9 percent of that BDC’s portfolio is invested in U.S. Well Services LLC.

As of January 21, West Texas Intermediate Crude prices traded at $29.53 a barrel, down $18.25 a barrel from a year ago, according to the U.S. Energy Information Administration.