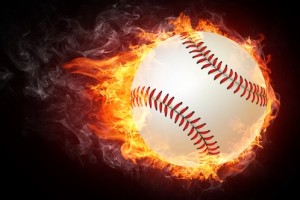 The IPO of Five Below rocketed nearly 60% Thursday, scoring a home run for Advent International.

Five Below, which is backed by Advent and LLR Partners, raised $163 million Thursday. The company sold 9.6 million shares at $17 each, at the high end of its $15 to $17 price range, which itself was increased from $12 to $14. Joint book runners on the deal were Goldman Sachs, Barclays and Jefferies. Five Below is selling 4.8 million shares, while shareholders are offering another 4.8 million. Underwriters have the option to buy another 1.4 million shares, an SEC filing says.

The Philadelphia retailer sells “extreme value merchandise” like soccer balls or sandals for $5 or less. The first store opened in 2002 and there are currently about 191 locations spread across 17 states.

LLR Partners reportedly invested $18 million in Five Below in 2005 and put another $17 million in 2008. It appears to have sold much of its stake to Advent, which in October 2010, acquired a majority holding in Five Below.

Five Below has made two distributions. Earlier this year, the retailer paid a “special dividend” of about $99.5 million, SEC filings say. LLR received a $9.5 million payout earlier this year, while Advent got about $62.2 million, peHUB has previously reported.

In 2010, Five Below paid a “special dividend” to shareholders of $196.7 million, which was tied to Advent’s takeover, SEC filings say. Advent was not a shareholder at this time and did not receive any part of this dividend, a source says. It’s unclear how much LLR received.

Advent is only selling a small chunk of its 62.5% stake in the IPO. The buyout shop is unloading 2.8 million shares and stands to make $47.6 million from the sale (at $17 each). This will cut its holding to about 52%,or 27.8 million shares. At $26.50 a share, the firm’s stake is valued at roughly $736.7 million. Advent has already gotten back more than half of the money it invested in Five Below through the dividend and sale of shares. Including the value of its remaining stake, the buyout shop could make about 4.4x the money it invested.