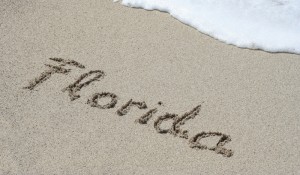 The pace of new private equity and alternative investments at the Florida State Board of Administration is likely to reach about $6 billion in fiscal 2012-2013, as Florida’s primary $126 billion pension fund gradually ramps up its allocations to so-called strategic investments from zero to 11 percent of the portfolio, according to John Kuczwanski, an SBA spokesman who spoke with Buyouts, peHUB’s sister magazine.

Florida last year received expanded authority from the state legislature to significantly boost its allocations to strategic investments and modestly increase commitments to private equity. Overall, the Florida SBA oversees $153 billion in state pension and emergency money as of Oct. 2012.

Strategic investments, which Florida defines as everything from private debt funds, mezzanine funds and hedge funds to infrastructure funds and forest land, could see $3.7 billion in new commitments by the time fiscal year 2012-2013 ends in June. The Florida pension fund’s current allocation to strategic investments is 5.1 percent, or $6.4 billion, far shy of its 11 percent target, indicating that there is a lot of room for new commitments in the years ahead.

Kuczwanski was keen to emphasize that there are many factors that the board takes into account when it makes commitments, including the performance of the public markets and the specific funds that are available in any given year.

In the most recent quarter, the state invested $1.36 billion in private equity, infrastructure and debt strategies, according to a report from Florida SBA. Its private equity commitments included five commitments of roughly $100 million each, including Advent International’s Advent International Global Private Equity VII LP, which just closed having raised $10.8 billion, well above its initial $9 billion target. Another pledge was to the new flagship fund from Silver Lake Partners, Silver Lake Partners IV LP, a technology-focused private equity fund that has a $7.5 billion target.