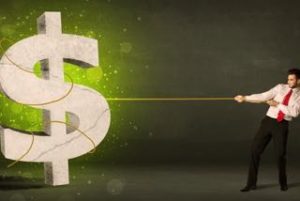 Business software vendor K2 is in no rush to go public — and now it doesn’t have to, thanks to an investment of more than $100 million from Francisco Partners.

The investment last week capped a fundraising process that began in May 2014. Jefferies adviseed on the process.

K2 explored all its options, including going public, before agreeing to the deal with Francisco, co-founder and CEO Adriaan van Wyk said via email in response to questions. The company didn’t want to be public while it grows and wanted flexibility to break into new markets, he said. “We felt the partnership with Francisco gave us exactly what we wanted at this stage,” van Wyk said.

Before the Francisco deal, K2 raised $16 million from investors such as FTV Capital and Azure Capital, which both invested in 2006.

Based in Bellevue, Wash., K2 provides software to help customers build their own business applications like forms and reports, has been cash flow positive and will produce revenue of $80 million to $90 million this year, van Wyk said.

Going public is still an option, van Wyk said. When the time is right and an IPO is “the right thing to do,” K2 will take that step, he said.

“We found the partner we wanted in Francisco and the energy and chemistry between the people around the table was unmatched,” van Wyk said.

He declined to disclose how much of K2 Francisco owns. K2’s founders — van Wyk and Olaf Wagner, SVP of product development — are the company’s biggest individual shareholders, he said. “No single party” controls the company, which is governed by its five board members, van Wyk said. Francisco Partners can appoint two of the five, he said.

News of the deal comes roughly a week after San Francisco-based Francisco closed its fourth fund at $2.875 billion. Fund IV will continue Francisco’s focus of investing in middle-market tech companies in the U.S., Europe and Israel. The firm’s last fund, Francisco Partners III LP, collected  $2 billion in February 2011. That fund generated a net IRR of 19.8 percent and a 1.3x investment multiple as of June 30, according to CalPERS, an investor in the fund.