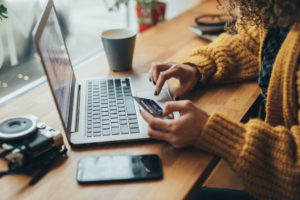 ConnexPay, a Minneapolis-based payments tech company, boasts of its superior technology that connects both sides of the payment ecosystem – accepting and making payments – inside a single platform.

The company was formed in 2017 to serve travel industry players such as travel agencies, tour operators, and air and hotel consolidators. But it has diversified into other sectors including online marketplaces, delivery services, ticket brokers, emerging fintechs, and insurance and warranty providers.

Based on what he is seeing in the market and ConnexPay’s tech edge, Hallquist anticipates the company growing “somewhere between five to 10 times” its current size within the next couple of years.

Although the industry is yet to get back to pre-pandemic levels, travel has come roaring back in many parts of the world.

Hallquist, who is joining ConnexPay’s board of directors, said that among other strategies, ConnexPay will be targeting the European market.

“Europe is interesting because there is more fragmentation,” he said, adding that with the experience amassed by ConnexPay since its formation in 2017, the company can perform better against competition across the “entire payments process” in Europe.

Over the past 12 months, ConnexPay has more than doubled its number of active clients and its employee count. “The company is profitable while offering market-leading rebates to its clients and processing billions of dollars in payments,” read the press statement issued at the close of the deal early this week.

Hallquist said the firm is closely watching the struggling macroeconomic environment which could potentially slow down traveling and other parts of ConnexPay’s overall business. “It’s something we watch,” he said, “but it’s not something that I’m overly concerned about today.”

He said the firm is not pressing the panic button yet and other travel industry players such as airlines “are still seeing a strong demand” despite fears of a recession.

“We think that there is a huge opportunity in the travel market,” he said, adding that the trend of online travel booking is growing relative to other methodologies and that there is a need to optimize the payment experience for consumers.

When Covid hit, Hallquist said ConnexPay devised a strategy that endeared itself with customers. “Instead of saying we are going to close-up shop,” he said, “they used that opportunity to go out to customers, continue to win new and deepen customer relationships with their existing customer base.”

The FTV principal also expressed optimism that other parts of the business will grow too. He was also confident about ConnexPay’s management team and its technology to deliver on the plans. “The business has grown so much both within and outside of travel from a revenue perspective and from a client perspective,” he said, adding that “in the last couple of months, close to half of the new customers that the sales team has signed have come from verticals outside of travel.”

In terms of scaling the company, Hallquist said: “Our primary focus is just organic growth,” while noting that focus will be on sales, customer success, expansion into Europe, growing other new verticals and strengthening the US customer base.