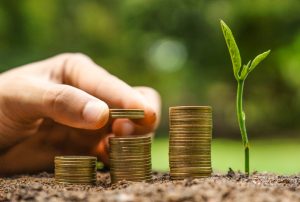 Finding the next generation of superstar managers is an important effort in private equity these days.

Gatewood Capital Partners, formed in 2014, has just closed its debut fund to help launch new GPs. The firm closed on more than $220 million for Gatewood Capital Opportunity Fund, which will anchor new GPs with first-close commitments and back-office support.

Gatewood looks to work with new GPs, including spinouts and managers who have operated without a fund.

The firm is led by Managing Partners Oren Monhite Yahav and Amir Aviv and Partners Alan Weinfeld and Ami Samuels.

Gatewood will anchor new managers with commitments of $50 million to $100 million from its own fund and capital from a network of co-investors, both existing LPs and external investors. The firm also helps managers contract with service providers for legal, accounting and administrative work.

“Our differentiated strategy is largely focused on supporting new managers in launching their funds,” Aviv said in a statement. “We do this by providing them with $50 million to $100 million of ‘first close’ LP capital and ongoing marketing support.”

Gatewood makes money by sharing in fund profits and participating in management fees.

The New York firm said it expected to launch and invest in more than eight funds over the next three years for about $500 million to $700 million in capital commitments. Gatewood has completed nine deals to date; the partners declined to discuss them.

Gatewood is providing a service needed by new managers, who besides finding deals must worry about raising capital and setting up infrastructure. The firm will also help new GPs reach the first close on their funds — a threshold that when reached can give potential LPs more confidence in the managers.

Weinfeld previously led business development at GoldPoint Partners before he left in 2015. Samuels was a managing director and co-head of the PE group at Poalim Capital Markets, a subsidiary of Bank Hapoalim.