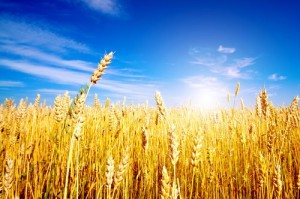 Glencore is in talks with a Saudi Arabian sovereign wealth fund and China’s state-backed grain trader COFCO, along with Canadian pension funds, to sell a stake in its agricultural assets, sources familiar with the matter told Reuters.

Selling assets is one prong of a wider strategy by the Swiss-based trader and miner to cut about a third of its US$30 billion debts and regain investor trust, after its shares tumbled by about three-quarters this year to record lows in tandem with weak global commodity prices.

Last month Glencore said it was hoping to raise US$2 billion from selling assets including a minority stake in its agriculture assets by early next year. The sources did not say the likely size of the stake being sold or the likely amount it would raise.

UBS analyst Myles Allsop has valued Glencore’s entire agriculture business at between US$10 and US$12 billion.

Sources said Glencore is creating a separate legal entity for the assets involved, expected to be mostly those inherited from the $6.1 billion purchase of Canadian grain handler Viterra in 2012, a deal which boosted its grain operations in Canada and Australia in particular.

One source said Glencore was considering selling minority stakes to several parties but no more than 49 percent of the new entity. “They are (agricultural assets) a business that Glencore wants to grow, but that requires capital and Glencore doesn’t want to put the capital into it because of the balance sheet … so they say let’s sell part of it,” said a source.

It was not clear which Saudi Arabian sovereign wealth fund was involved in the talks, but state-backed Saudi Agricultural and Livestock Investment Co (SALIC) has been active in the sector, having entered a joint venture with U.S. grain trader Bunge Ltd to invest in Canadian grain handler CWB in April.

SALIC did not respond to a request for comment.

China’s COFCO has also been expanding its agriculture activities, having invested US$2.8 billion in 2014 via joint ventures with Noble Group‘s agribusiness and Dutch grain trader Nidera, after taking substantial stakes in the companies.

One banker said the Canada Pension Plan Investment Board (CPPIB) is taking a close look at the opportunity.

(Additional reporting by Freya Berry and Dmitry Zhdannikov in London, Henning Gloystein in Singapore, and Aaron Sheldrick in Tokyo; Editing by Veronica Brown and David Holmes)