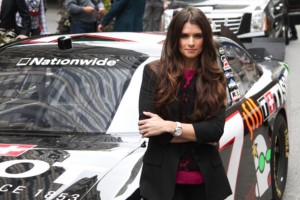 Web hosting company GoDaddy Inc filed with U.S. regulators on Monday to raise up to $100 million in an initial public offering of Class A common stock.

Morgan Stanley, J.P. Morgan and Citigroup are the lead underwriters for the IPO, the company told the U.S Securities and Exchange Commission in a preliminary prospectus.

The filing did not reveal how many shares the company planned to sell or their expected price.

GoDaddy, which had 12 million customers as of March 31, did not specify the exchange it intends to list on or the symbol it would adopt.

Scottsdale, Arizona-based GoDaddy, founded in 1997, was acquired by a private equity consortium led by KKR & Co LP and Silver Lake in 2011 for $2.25 billion. Each of these private equity firms owns a 28 percent stake in the company.

The company’s other private equity owners include Technology Crossover Ventures with about a 12.6 percent stake.

GoDaddy is led by Blake Irving, who also served as chief product officer at Yahoo Inc from 2010 to 2012.

In a separate statement, the company said on Monday that founder Bob Parsons had resigned as executive chairman of the board.

GoDaddy filed to go public in 2006 but was told at the time that it would have to take a 50 percent haircut – a percentage subtracted from the par value of assets being used as collateral – on its initial public offering.

The company decided instead to pull its filing, citing unfavorable market conditions.

GoDaddy will use the proceeds from the offering to repay debt and for general corporate purposes, the company said.

The company’s net loss fell less than a percent to $51.3 million for the three months ended March 31 from a year earlier. Revenue rose about 22 percent to $320.2 million.

The amount of money a company says it plans to raise in its first IPO filings is used to calculate registration fees. The final size of the IPO could be different.

(Reporting by Avik Das in Bangalore; Editing by Simon Jennings)