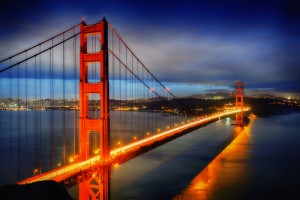 Private equity firm Golden Gate Capital is in the lead to acquire Angus Chemical Co, a specialty chemicals subsidiary of Dow Chemical Co, for more than $1 billion, according to three people familiar with the matter.

Golden Gate has so far outbid other buyout firms, including Onex Corp and Metalmark Capital Holdings LLC, in the auction for Angus, the people said. The negotiations are ongoing and the outcome could still change, the people added.

The sources asked not to be identified because the talks are private. Golden Gate Capital and Metalmark declined to comment, while representatives for Dow and Onex did not respond to requests for comment.

Based in Buffalo Grove, Illinois, Angus makes additives used in a variety of products including paints, personal care and cosmetics and life science utilities.

Dow, which has narrowed its focus to packaging, electronics and agriculture, has a $4.5 billion share repurchase program and is also looking to raise as much as $6 billion from asset sales.

Last month, Dow said it expected to raise more than $2 billion by selling its Angus and AgroFresh Inc subsidiaries, as well as its sodium borohydride business. It has also earmarked its epoxy business and some chlorine and derivatives assets for sale.
Dow, the No. 1 U.S. chemical maker by sales, is facing investor pressure to sell off less-lucrative businesses and return more money to shareholders. Activist investor Daniel Loeb has also urged the company to separate its commoditized raw materials businesses from its specialty chemicals operations.

Dow has repeatedly rebuffed the demand, saying that keeping the businesses together helps keep costs down. Its plastics business has benefited from a shale boom in the United States that has pulled down prices of raw materials such as ethane and naphtha, giving the company an edge over oil-dependent European rivals.

Private equity firms are keen to buy the unloved assets of industrial conglomerates because the complexity of such corporate carveouts can make their price tag more attractive than that of traditional leveraged buyouts.