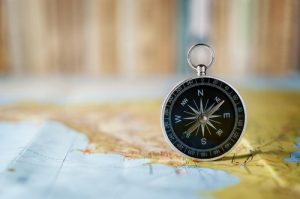 By and large, experts characterized sponsor-driven activity as more of the same in Q3: record valuations, stiff competition and — nonetheless — highly motivated sponsors looking to deploy capital as the industry remains on pace for another banner fundraising year.

Justin Abelow, a managing director in Houlihan Lokey’s financial-sponsors group and co-head of the firm’s PE practice, described the M&A valuation cycle as having stretched into extra innings: “It’s so long in the tooth now, but it really is so hard to see what single event will break it.”

“Like everyone else, I’m wondering ‘is the shoe going to fall and when is that going to occur?’” added Hadley Mullin, a senior managing director with TSG Consumer Partners. “For the time being, multiples keep climbing higher.”

Tech remained the most active sector of the period, with 82 completed sponsor-driven deals, down from 93 the previous quarter. The sector also turned out the largest announced deal: A Bain Capital-led group agreed to fork out close to $18 billion for Toshiba Corp’s semiconductor business.

The industrial, consumer and healthcare sectors also remained active, with 68, 55 and 41 closed deals over the period.

Faced with competition from both PE groups and corporate buyers fueled by the strength of the public markets, sponsors like One Equity Partners are increasingly acting like strategic buyers themselves.

OEP’s approach to investing is largely consistent regardless of how frothy the market is, Greg Belinfanti, a senior managing director at the New York firm, told Buyouts.

While the multiples produced in healthcare and business services remain reasonably high, Belinfanti pointed to one key characteristic shared by the two industries, in which he spends most of his time: “The idea that we can build companies very quickly through M&A is what resonates with management teams in both sectors.”

“Both sectors are responding well to M&A activity,” he said. “There’s a very high cost of customer acquisition, and so if you can bring companies together you can really extract synergies, whether through salesforce rationalization, the elimination of overhead, or otherwise.”

Concurrent with this strategy, OEP is seeking platform investments that are a little smaller than where the firm has historically played — with businesses generating $15 million to $20 million in EBITDA — and with a plan to build those companies pretty quickly, Belinfanti said.

One investment emblematic of this strategy is OEP’s call-center platform, Results Cos, which has scaled rapidly through M&A. The firm bought Results from Clearview Capital and merged it with TLK Group in November 2015. Results subsequently bought Corporate Call Center in June 2016 and USA800 in August 2017.

For OEP, USA800 is just one of the firm’s 10 announced deals between July and August, including new platforms, exits and add-ons.

While a frothy environment makes for a great seller’s market, Houlihan Lokey’s Abelow also sees more buy-and-build activity than ever before: “PE firms are actually building more inventory than anyone knows because a greater and greater portion [of transactions] are add-ons.”

Third-quarter data continued to support this theme, with add-ons accounting for some 65 percent of the 446 closed PE deals from July 1 to Sept. 20.

“We’ve seen a number of sponsors actually averaging multiples up with add-ons, hoping they’re creating a business that trades for even more,” Abelow said. “By virtue of the transformation they’ve created, it makes for a more interesting play in a lot of ways.”

One important factor that continues to support PE’s ability to meet sellers’ price expectations is the healthy debt markets.

Leverage multiples across the board are at or close to records, with the larger and more established companies commanding total leverage multiples well above 5x, or even 6x depending on the case, said Pete Notter, a managing director at TwinBrook Capital Partners.

“Leverage multiples are certainly approaching those which we saw during the pre-recession period of 2006 and 2007,” Notter said. “The caveat being, on an industry-by-industry basis, there are meaningful swings as to where they’re shaking out. More competitive sectors are seeing increasing leverage multiples to fill that gap.”

The markets have seen a significant increase in one-stop unitranche financing as the year has evolved, both for smaller credits all the way through the upper middle market, Notter said.

“Lenders are more willing to hold larger chunks of deals, rather than having multiple lenders” in a given deal, Notter added. “In situations where we have determined that it’s an attractive borrower, we’ve been aggressive.”

“Until there is a little bit of leverage pullback, that may keep asset values stubbornly high,” OEP’s Belinfanti added. “But the credit markets seem to be in pretty good shape.”

To find and get attractive deals done, firms are also getting a head start on their deal-sourcing.

For intermediaries like Houlihan Lokey, Abelow said there’s an increasing emphasis on “matchmaking” in today’s competitive market. In other words, it’s more important than ever to introduce private equity firms to potential opportunities before a formal sales process is ever launched, whether through one-off meetings, industry trade shows, or otherwise.

“They want to be management’s preferred choice,” Abelow said, referring to PE firms. “Most require intimacy with the asset [in order to win].”

Not surprisingly, many sponsors prefer not to participate in full-blown auction processes at all.

“We try to avoid auction situations,” Belinfanti said. “When we find ourselves in an auction it’s typically because we have a major platform company or are involved with a company regarding a potential combination with the company in the auction.

“The competitive nature of the market puts more onus on us to go out and to create situations and to look at things differently.”

Relationships are also a key element to winning deals, agreed Belinfanti. In one such case, a colleague just signed up a company that he’s known for about decade, he noted.

“If you look at a situation I’m involved in right now, I’ve been talking to the company for the better part of a year, negotiating the purchase price for six months, and I’ve been able to keep it out of an auction situation,” Belinfanti said. “That’s largely because the managers of the company feel very comfortable with us.”

At TSG, investments done outside of a formal sales process are also common.

“Where we’re sourcing, it’s auctions like everyone else, but more importantly — by virtue of focusing on consumer for decades — we do have a lot of proprietary deal flow,” TSG’s Mullin said.

For a sponsor that predominantly underwrites entrepreneurial growth investments, a high-price environment also creates more opportunity, Mullin said. “The great thing is it prompts [entrepreneurs] to consider selling some or all of their businesses when they may not otherwise have done so.”

“Strategics are buying earlier and earlier and trying to disintermediate PE investors,” she said. “The onus is on PE firms to convince an entrepreneur that they’re far better off bringing on ‘a TSG’ to help them grow [before selling to a corporate]. These entrepreneurs could leave a lot of money on the table if they sell out too early.”

In Belinfanti’s view, the continued strength of the stock markets has had a twofold impact on private equity.

“Today, more than ever, we’re competing with strategics, as public markets are rewarding them for doing acquisitions,” Belinfanti said.

At the same time, public companies’ willingness to deploy cash for M&A also bodes well for financial sponsors like OEP, which Belinfanti said prefers to exit investments through sales to strategics.

The most active LBO dealmakers of Q3 2017