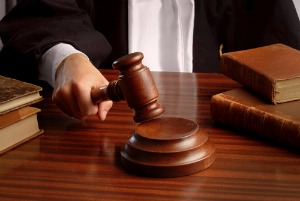 In recent years, venture funds have increasingly relied on sales of their portfolio companies to generate liquidity and returns. Only recently with the return of the IPO market have they had opportunities for exits into public markets. Unfortunately, two recent decisions out of Delaware have made it more difficult for venture funds to ensure a sale of their portfolio companies. In response to one of these cases, In re Trados, practitioners and the National Venture Capital Association (NVCA), have amended their forms of venture investment documents to include a forced sale and redemption provision. However, the effectiveness of that solution has been called into question by the recent Delaware court decision in the Thoughtworks case, which potentially limits the operation of redemption provisions.

But for preferred stockholders, this solution has been called into question. In the Thoughtworks case, the Delaware court refused to enforce a redemption right through an unusual reading of the redemption language. The court held that a provision in the certificate of incorporation requiring the company to use all “funds legally available” for redemption of preferred stock did not have the same meaning as “surplus” under Delaware statutory law governing redemptions. Instead, the court ruled that “funds legally available” referred to cash or other liquid assets of the company readily available for redemption of preferred stock. As a result, a company could not be forced to liquidate assets to enable a redemption, and therefore exercise of redemption rights could not be used to force a sale of the company.

In light of these developments, venture funds may want to take steps to ensure their ability to sell a portfolio company, including:

• Revise the certificate of incorporation of portfolio companies to either use the term “surplus” or clarify that “funds legally available” includes funds that could be generated through the sale of the company or its assets.
• Conduct a thorough market search with the use of an independent investment banking firm prior to any sale to demonstrate that no better alternative is available for the common stockholders.
• Appoint a committee of independent directors to conduct the sales process – one of the key elements of in re Trados was that a majority of the board members were viewed as being interested parties in the sale.

Jeremy Glaser is an attorney at the law firm Mintz Levin, Glaser is a Member in the Corporate & Securities Section in the San Diego office, and serves as Co-chair of the Venture Capital & Emerging Companies Practice Group. Sebastian E. Lucier, Associate at Mintz Levin in the Corporate & Securities Section, contributed to this article. Opinions expressed here are entirely their own.