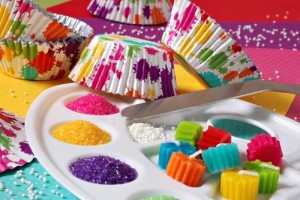 It’s official. Thomas H. Lee Partners, which is talking to investors about its next fund, is taking Party City public less than two years after buying the company.

Party City on Wednesday filed to raise up to $500 million in an initial public offering, according to an SEC filing. The party goods retailer did not disclose how many shares it would sell or their price. That will come in a future filing.

THL has already received back some of its investment. Last year, parent company PC NextCo Holdings and its PC Nextco Finance unit issued $350 million in senior PIK toggle notes, and used the proceeds to fund a $338 million dividend to shareholders, according to SEC filings.

Elmsford, N.Y.-based Party City is the largest U.S. retailer of party goods. The company produced $1.9 billion in revenue for the 12-months ended Sept. 30. However, Party City is heavily leveraged with about $2.4 billion in total debt as of Sept. 30, the SEC filing said. This is more than double the $982 million in outstanding debt that Party City held as of Dec. 31, 2011, an S-1 filing dated May 10, 2012 said.

The IPO is Party City’s latest attempt to go public. In 2011, the company filed to go public, seeking to raise $350 million. The retailer withdrew the offering in 2012 once it clinched its $2.7 billion sale to THL.

The IPO also comes as THL is premarketing for its next buyout fund, a placement source said. Bloomberg News in December said THL was seeking $3 billion for its next PE pool.

THL closed its sixth buyout fund in 2007 at $8.1 billion, plus another $2 billion for co-investment vehicles. Thomas H. Lee Equity Partners VI L.P. is generating a 4.8 percent net IRR as of June 30, according to CalPERS.

Officials for THL could not immediately be reached for comment.