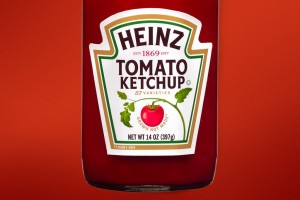 Last month saw 472 U.S. announced mergers valued at roughly $127.9 billion, according to data from Thomson Reuters. This compares to 645 transactions for the same time period in 2012, totaling $56.1 billion. While the number of deals dropped nearly 27%, transaction value more than doubled.

Large transactions also helped boost valuations in the private equity world. There were 75 U.S. announced transactions, valued at about $52.6 billion. This compares to 108 deals in February of 2012, which totaled a mere $14.4 billion.

Here are the top 5 PE-backed deals in February, according to Thomson Reuters. (TR is the publisher of peHUB.)

Prospect Capital Corp. on Feb. 7 said it had funded a recap of Nationwide Acceptance Corp. The deal was valued at $25.2 million. Chicago-based Nationwide is a specialty finance business.

This week, Regency Energy Partners agreed to buy Southern Union Gathering’s natural gas pipeline affiliate for $1.5 billion. The deal will include the purchase of a 5,600 mile (9,012 km) gathering system and about 500 MMcf/d of processing and treating facilities in west Texas and New Mexico for natural gas and natural gas liquids, Reuters said.

Optimum West, which offers cable, Internet and telephone services to around 366,000 customers in Colorado, Montana, Wyoming and Utah, was one of the fastest-growing cable assets in the United States, Charter said.

The most over-publicized deal so far this year also comes in second in terms of U.S PE deals.

On Feb. 5, Silver Lake Partners and Michael Dell agreed to take the once-dominant PC maker private in a $24.4 billion deal. Michael Dell and his investment firm are ponying up $750 million in cash toward the purchase, while Silver Lake is injecting $1.4 billion. Banks including Bank of America, Barclays, Credit Suisse and RBC will provide roughly $16 billion in term loans and other forms of financing, Reuters has reported.