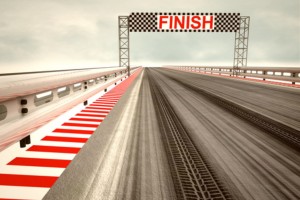 The firm has had to cut back commitment sizes for some LPs, and to turn away others who tried to get space in the fund, the LPs said. The fund has been targeting $8.9 billion but is expected to hit its $10.25 billion hard cap.

San Francisco-based Hellman & Friedman is scheduled to hold a first close on roughly 90 percent of the fund’s commitments on Sept. 19, according to a GCM Grosvenor Private Markets due diligence report included in Los Angeles County meeting materials, Buyouts reported this week. The firm is expected to hold a final close before the year ends.

Hellman & Friedman has left Fund VIII open for some last-minute LPs to finalize their commitments despite setting a deadline of last Friday for LPs to submit their fund subscription documents, two of the LPs said.

[contextly_sidebar id=”eZNNnKDueG9WEq6XeycxR0dTLDE7aoDm”]This may be one of the fastest mega-fundraises in recent years. It’s not entirely clear when Fund VIII officially entered fundraising. But one of the LPs, an investment official at a public retirement system, said the firm printed PPMs in June. Fundraising is usually viewed as having officially kicked off once PPMs are sent to prospective LPs.

The pace at which Hellman & Friedman has been able to collect capital for Fund VIII highlights how eager investors are to cut big checks for funds managed by top firms, even as other firms struggle to raise money in the most crowded fundraising market on record, according to data specialist Preqin.

“These guys had a lot of demand. If you’re going to pick a handful of high-quality firms, they’re clearly one of the large-cap firms you should and would look at,” said the public retirement system official. “LPs are having to fight to retain commitment levels.”

What is stoking the LP frenzy around Hellman & Friedman’s latest fund offering? As always, it starts with performance, but there are other factors.

Hellman & Friedman has a solid track record, though performance on more recent funds is less spectacular than earlier offerings. Its most recent Fund VII, which closed on $8.8 billion in 2009, was generating an 8.5 percent net internal rate of return and a 1.1x investment multiple as of March 31, 2014, according to backer California Public Employees’ Retirement System.

LPs were also drawn to the firm’s friendly terms.

These include a European-style distribution waterfall structure. These work in one of two ways – either LPs get all contributed capital back or all committed capital back before the GP shares in carried interest. It’s not clear how Hellman & Friedman’s structure works. (However, the firm doesn’t have a preferred return hurdle it must meet before collecting its performance fee, according to one of the LPs with knowledge of the firm.)

In another bow to investors, the GP is kicking in at least $450 million to the fund, Buyouts reported earlier.

The firm is charging a fairly conventional 1.5 percent management fee during the investment period on Fund VIII, Buyouts reported. Hellman & Friedman has never taken a transaction fee on its funds, according to one of the LPs, a family office investment professional.

“A lot of the shenanigans that went on with other firms being piggish [on fees], that just didn’t happen at Hellman,” according to one of the LPs.

Hellman & Friedman also has “stuck to its knitting” in terms of what kind of deals it does and the structure of the firm, the public retirement system official said.

“They pretty consistently have stuck to the strategy and there’s not issues of conflict every LP worries about with big managers. They have good numbers and a clean story,” the LP said.