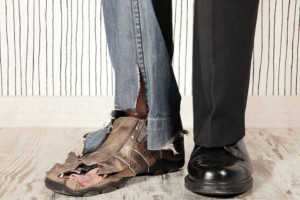 New York City Comptroller Scott Stringer recently hired Scott Evans, a 27-year veteran of the Teachers Insurance and Annuity of America-College Retirement Equities Fund as chief investment officer at an annual salary of $224,000. While a nice salary relatively speaking (relative to say, a journalist’s salary), the compensation is not competitive compared to the private financial sector. Fortune writer Dan Primack pointed this out in a recent column.

Another recent report, on Harvard Management Company’s disclosure of compensation for senior investment staff in 2012, showcases another dimension of the variability of such pay. While the CIO of the about $150 billion New York City pension system is pulling in $224,000 a year, Andy Wiltshire, the head of alternative investments at Harvard’s $32 billion endowment, made about $7.8 million in the calendar year 2012. Jane Mendillo, the president and chief executive officer of Harvard Management Company, made $4.8 million in 2012.

The Massachusetts Pension Reserves Investment Management Board, for example, lost its entire senior private equity leadership in 2011 and didn’t fully rebuild the team until this year.

New Jersey’s state pension system lost the person who launched its private equity program, Christine Pastore, in 2012. Pastore went on to join Vista Capital Partners. Jason MacDonald, who had worked under Pastore, took on the role of senior portfolio manager, private markets, and has been overseeing the private equity program.

In the absence of competitive pay, this mentor relationship is probably the best way an LP organization can retain institutional memory and keep a private equity program consistent—growing talent in-house. However, even the new talent, after putting in some time running a private equity portfolio, will be tempted by the thought of moving to the private side for some real money. That’s just human nature.

New talent is then brought in who may have completely different ideas of what the portfolio should look like, or have no relationship with the existing managers, leading to potential disruptions of the portfolio before it matures.

This also is important in terms of monitoring managers, and understanding the terms of contracts that were signed in the past. The U.S. Securities and Exchange Commission said recently it has found bad behavior or weak controls in more than half of the 150 private equity firms it has examined—signifying perhaps a real need for LPs to keep close watch on how GPs are abiding by their limited partnership agreements.

Ideally, public pensions would bring investment management in-house and pay investment staff compensation more competitive with their private sector counterparts. However, this would require a major political battle with unions, which have fought against high pay for investment staff.

It’s a tough call, but one that has long been needed to help many of the largest private equity programs in the country retain their LP talent.