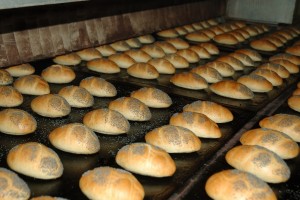 Tribeca Oven CEO Marc Essenfeld said the rapidly growing artisan bread maker seriously considered a private equity buyer when it moved to sell itself, but the New Jersey-based company went with a strategic buyer instead.

C.H. Guenther & Son Inc, the oldest continuously operated milling company in the United States, took a different path to win the prized Tribeca Oven deal, which closed in May for an undisclosed sum.

”This one strategic buyer was willing to treat us sort of like a private equity deal but we’d have the benefit of a strategic partner behind it,” Essenfeld said “If you had asked me a month before, we would have leaned toward a private equity firm.”

Typically, strategic buyers acquire 100 percent of the target company, leaving existing executives as employees with little or no equity after the deal closes. But in this deal, Peter Lobel, Tribeca Oven’s founder and ex-chairman, was able to exit the company, while Essenfeld, the CEO, and George Erasmus, the company’s master baker and also its executive vice president of innovation, kept a stake in Tribeca Oven.

The winning deal included use of leverage, which allowed original shareholders to own a greater percentage of the newly created company than they otherwise would have, Essenfeld said.

Tribeca Oven’s compounded annual growth rate of 56 percent between 2005 and 2013 and expansion to 275 employees had already won a following from sponsors, eager to back its core business of flash-freezing bread after baking to about 85 percent completion and sending it to restaurants and supermarkets to heat and serve in just a few minutes.

”We had a lot of interest from private equity and strategics,” Essenfeld said. “We didn’t hold a big auction with a huge book…We went to people we knew. We were trying to balance an effort to find partners to help our growth with the right value for our shareholder that was exiting the business.”

Janelle Sykes, chief financial officer of C.H. Guenther & Son, told Buyouts, ”Our proposal for Tribeca was kind of a hybrid” between a strategic acquirer and a private equity firm.

As a privately held company, C. H. Guenther has no public equity to use in deals, so it often deploys leverage with a banking group. The deal with Tribeca Oven marked a departure from other acquisitions by C.H. Guenther because the acquirer allowed existing shareholders to retain some equity.

Tribeca Oven offered access to the artisan bread business, a category drawing strong interest from C.H. Guenther. Seeking the expertise of Essenfeld and Erasmus, C. H. Guenther pitched them the opportunity to hold onto some ownership in Tribeca Oven.

Under the terms of the deal, Tribeca Oven became a subsidiary of C.H. Guenther with Essenfeld and Erasmus as shareholders of the acquired company. The structure includes a put/call mechanism to provide for future liquidity in  privately held shares of Tribeca Oven.

Warren Feder, partner at Carl Marks Advisors and a co-founder of the firm’s investment banking group, said most strategic buyers will continue to pursue the conventional path of 100 percent equity in a target firm.

”If they can understand how to do deals like this and motivate executives, then they have a powerful weapon to compete with private equity firms,” said Feder, who helped craft the Tribeca Oven deal. Feder is working a position paper for Carl Marks entitled, ”The Strategic LBO: Getting Strategic Buyers To Think Like Private Equity Firms,” partly as a result of the Tribeca Oven deal and other experiences.

In a competitive auction, serious players typically bid within a close range on the acquisition price, he said. “Then it becomes what partner or what structure will accomplish the goals of the seller,” Feder said. ”Sometimes the seller wants all cash and to leave in six months, others want a partner to help them grow. Everyone has a different goal.”